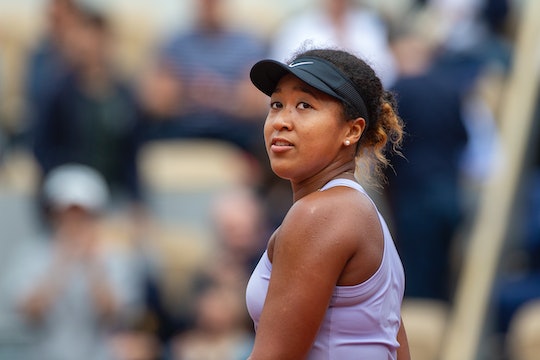 Osaka, a Black tennis player from Japan, shared the news on Wednesday that she would not be participating in the semifinals despite earning a Top 10 seed position in the women's bracket, as NBC Sports reported.

"Hello, as many of you are aware I was scheduled to play my semifinals match tomorrow. However, before I am an athlete I am a black woman," Osaka began in her announcement on Twitter. "And as a black woman I feel as though there are much more important matters at hand that need immediate attention, rather than watching me play tennis."

Osaka went on to say that while she doesn't "expect anything drastic to happen" as a result of her not playing in the match, she felt she could use this moment to start an important conversation. "If I can get a conversation started in a majority white sport I consider that a step in the right direction," she wrote. "Watching the continued genocide of Black people at the hand of police is honestly making me sick to my stomach."

"I'm exhausted of having a new hashtag pop up every few days and I'm extremely tired of having this same conversation over and over again," she continued. "When will it ever be enough?"

Hours after Osaka announced her decision to step back from the semifinals, the entire tournament was postponed. The USTA, WTA, and ATP Tour issued a joint statement to Tennis.com announcing the delay. "As a sport, tennis is collectively taking a stance against racial inequality and social injustice that once again has been thrust to the forefront in the United States," the statement read. "The USTA, ATP Tour, and WTA have decided to recognize this moment in time by pausing tournament play at the Western & Southern Open on Thursday, August 27. Play will resume on Friday, August 28."

Osaka's announcement that she would not play in her semifinals match came after several athletic organizations took a stand against systemic racism. According to The Cut, players in the NBA, WNBA, and MLB have all gone on strike in an unprecedented collaborative effort to protest police brutality in recent days. The sports strikes began after the Sunday night shooting of Blake, an Black man who's now hospitalized after he was shot seven times in the back by police in Kenosha, Wisconsin. The first team to strike were the Milwaukee Bucks, who are based just one hour away from Kenosha. Many more quickly followed suit.

Tennis great Boris Becker spoke to Reuters on Thursday and praised the athletes protesting. "When people get killed for the color of their skin its outrageous, it's bigger than the sport, it's huge, bigger than whoever wins," Becker told the news outlet. "I applaud the stance they (athletes) have taken. It's good the players take their responsibilities seriously. I respect them. Police brutality against Black men and women is outrageous and must stop now, period."

Allyson Felix, a fellow tennis player and new mom, also supported the strike by saying on her Instagram Story, "Incredibly proud of my fellow athletes for taking a stand and using their platforms to bring attention to the horrifying police brutality affecting our communities. Courageous and powerful."