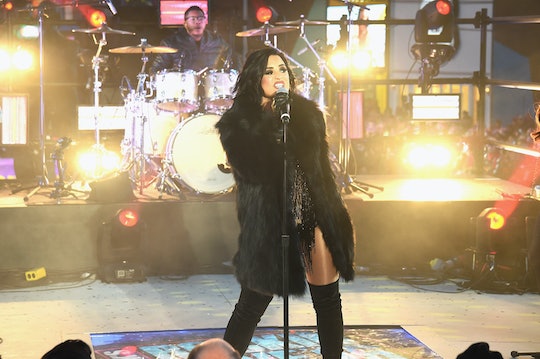 If you spent your New Year’s Eve parked on the living room couch, you might have caught some of this year’s best performances from New Year’s Rockin’ Eve, the annual, musical TV special created by Dick Clark in 1973 as the alternative New Year’s broadcast aimed at younger audiences. It was hosted this year by Ryan Seacrest and Jenny McCarthy. The first hosts of the event were Three Dog Night and George Carlin, with Clark reporting from Times Square (which, I’ve got to say, sounds right up my alley).

Through the years, the show has evolved with the times, and has become the most-watched New Year’s Eve special to date. Dick Clark wound up handing over the main hosting duties to Ryan Seacrest after 2006, and after his death in 2012, Seacrest remained the star of the show. This year, he was joined by funny lady Jenny McCarthy in Times Square, plus Black Eyed Peas’ Fergie holding down the fort in their Hollywood location. The night went without a hitch, with random asides like the Most Tweeted Emojis of the Year segment (I...don’t know) and an impromptu rap about the year 2015 by former New Kid, Mr. Donnie Wahlberg, who standing alongside Jenny McCarthy really brought me back to the early '90s. If you’re wondering what you missed as far as performances though, these were the seven best of the night: