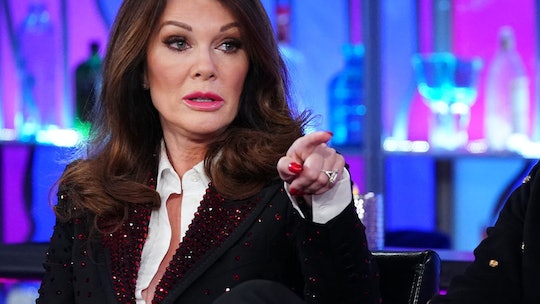 Bow Down To These 9 Best 'Vanderpump Rules' Memes

Tell me a reality show that delivers better quotes and one-liners than Vanderpump Rules. I'm waiting. Created by The Real Housewives of Beverly Hills star, Lisa Vanderpump, the Bravo series has had quite the run over the course of nine years, and it doesn't look like the SURvers are slowing down anytime soon. From messy drama to hilarious fights, stars like James Kennedy, Stassi Schroeder, Kristen Doute, and Tom Sandoval — just to name a few — have graced fans with a gift that keeps on giving. And what better way to memorialize that than with the best Vanderpump Rules memes of all time? Believe me, they are relatable AF without even really trying.

Vanderpump Rules is filled with nuggets of reality television gold. With every episode packed tight with wild encounters, you don't even need to know where to sift. The stars of the Bravo reality series have given their professional and private lives away to supply fans with a lifetime of truly meme-able moments like James' feud with Lala Kent and Jax Taylor's cheating scandals. However, it's the throwaway liners that will continue to stick with fans for years to come.

So if you're ready to take a trip down memory lane, then read on for some major laughs featuring the Vanderpump Rules cast.