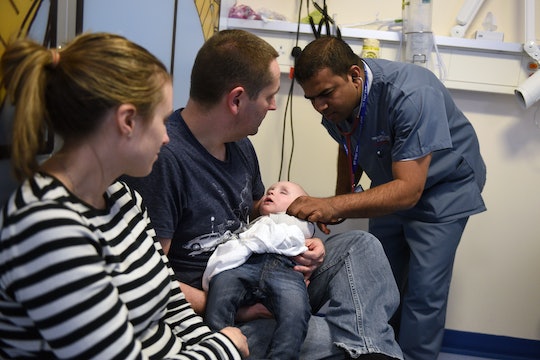 The ACA Repeal Could Leave Kids Without Insurance

A lot has been said about the repeal of the Affordable Care Act in the news lately, especially after the inauguration of Donald Trump, who has supported the Act being repealed and replaced. But what would a repeal of Obamacare mean for children and families? According to some sources, the ACA repeal will leave up to 13 million children without health insurance, particularly if Congress pulls back on financial support of Medicaid for poor Americans.

As published by Forbes, a report from researchers at the Urban Institute’s Health Policy Center called “Partial Repeal of the ACA through Reconciliation: Coverage Implications for Parents and Children" states:

We find that 4.4 million children and 7.6 million parents could lose coverage in 2019 if Congress’s budget reconciliation process repeals pieces of the ACA without a replacement plan...Under the repeal bill, states would be able to reduce Medicaid and CHIP eligibility for children beginning in 2017 . We find that up to 9 million more children could lose coverage if states lower Medicaid/CHIP eligibility to the new minimum standards.

It seems that Congressional leaders are set on repealing the ACA, but with no replacement plan in place, millions of children could be left vulnerable.

U.S. House Speaker Paul Ryan has said Congress could repeal the law sometime this month, and advocates for the uninsured and those who study healthcare are very concerned. If a partial repeal is modeled on past reconciliation bills Republicans have passed, the Medicaid expansion would likely be struck down. Additionally, tax credits and “cost-sharing assistance” for Americans who bought subsidized individual coverage using public exchanges would probably go away.

And even children who would keep their insurance could be affected. As previously reported on Romper, "Without the ACA, insurance companies can reinstate co-pays and deductibles on preventive services for your children, which in turn could cause families to scale back the medical care they receive."

Child healthcare advocates are speaking out, including the American Academy of Pediatrics. Its official Twitter presence recently tweeted, "Today governors are meeting to discuss Medicaid & CHIP. Our message is simple: #KeepKidsCovered."

Repealing the Affordable Care Act could affect children in different states in different ways, depending on how they're covered and how many rely on coverage impacted by a repeal in each region. For example, "Arizona is tied with North Dakota and Utah for the highest proportion of children enrolled in marketplace plans." If Congress doesn’t have a replacement for the ACA, 130,000 kids or more who are covered by Medicaid and KidsCare could be at risk of losing their coverage in those states.

According to the Urban Institute's Health Policy center report, "the number of uninsured children ages 18 and younger would be 4.4 million greater (133 percent higher) under partial repeal than it would be under the ACA." And the repeal could hurt some groups more than others. For example, of those 4.4 million children who would lose coverage under partial ACA repeal, 88 percent would be in families with working parents.

You can make sure your representatives know your feelings on repealing the ACA and removing coverage for millions of children. Use the Find Your Representative webpage to look them up and contact them directly, or call the Capitol switchboard at 202-224-3121 to have them connect you to the correct person. It's not too late.