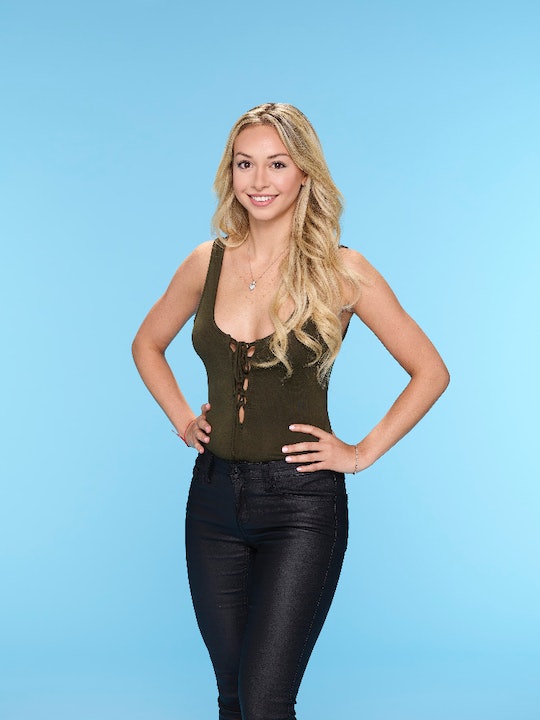 Oh, Corinne. She was the "villain" of this season of The Bachelor from the beginning, and she continues to annoy the other contestants (and probably the producers). Corinne is a self-described business owner from Miami who works at her family's company. She's also had her nanny, Raquel, since she was a child. Even though she's 24-years-old, Raquel is still in Corinne's life – and takes care of Corinne's "big girl" tasks. When the other contestants found out, they were in disbelief. The Bachelor contestants reacted to Corinne's nanny –and they were as shocked as we were.

Who is Raquel, Corinne's already-famous nanny? We first saw her in Corinne's intro package, and some thought Corinne was trolling when she said that Raquel was her nanny. Not so! Raquel is indeed real, as are her duties for Corinne. She makes her bed and does her laundry, but also does Corinne-specific tasks like cut up a bowl of cucumbers for a snack.

The other contestants weren't really shocked by the fact that Corinne has a cucumber as a snack, but they were surprised that she has a nanny as an adult. On Monday night's episode, Corinne confided in the other contestants that Raquel does much of her work for her. They were in awe, but this is Corinne after all – should you be in awe of anything she does? Nonetheless, they reacted as such, as did much of social media:

Jasmine G. was especially outspoken about Raquel. She could not fathom how Corrine, an adult, could have a nanny. Not only that, but Corinne also insists on calling mac and cheese "cheese pasta" (OK, Jasmine didn't talk about that, but we all were thinking it).

While it is a bit odd that Corinne still has a nanny, it isn't exactly out of character. The other contestants soon realized this and moved on, as did the fans – for now. Will the Raquel talk return? Possibly, especially because Corinne misses her so much. She lamented that since she's been in the mansion, she's had to do "big girl stuff" and she does not like it. Knowing Corinne, though, she'd rather fly Raquel out to Los Angeles rather than leave Nick and return to Miami... actually, we probably shouldn't give her any ideas.