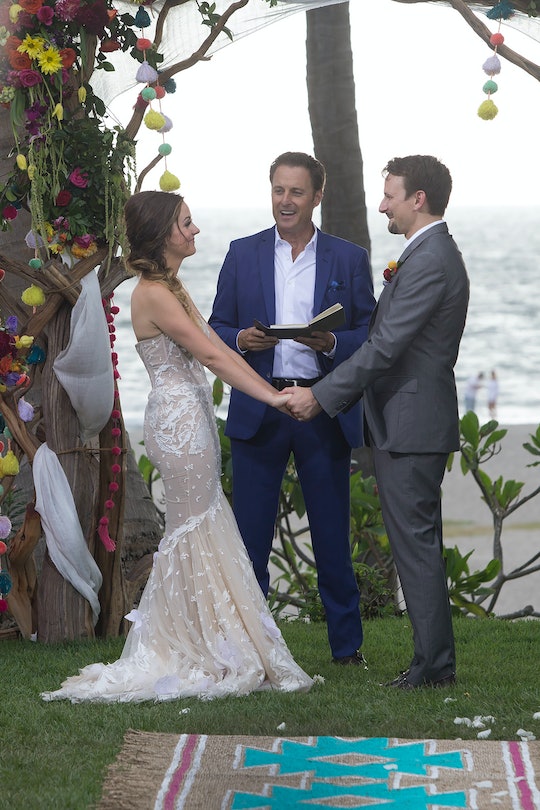 The 'Bachelor In Paradise' Season 4 Trailer Is Here

After a tumultuous filming process, Bachelor in Paradise managed to get back on track in time for its premiere later this summer, and now, the Bachelor in Paradise Season 4 trailer is here. There are a lot of familiar faces in it, but unfortunately, the trailer relied heavily on its alleged sexual assault scandal this summer to tease the season, which is kind of a bummer.

Viewers see newcomers Robby Hayes from JoJo's season, Iggy Rodriguez from Rachel's season, and Kristina Schulman from Nick Viall's season, plus Bachelor in Paradise alum Amanda Stanton, who got engaged last summer to Josh Murray, then suffered a nasty breakup. Sadly, the 30-second spot almost entirely focuses on Corinne Olympios and DeMario Jackson's sexual assault scandal, which shut down filming on the season and threatened to sink the show altogether.

In the first week of filming, two field producers on the show filed a complaint alleging that Corinne and DeMario had a sexual encounter in the pool while Corinne was too drunk to consent. She claimed to have no memory of the incident, and DeMario claimed that he was also very drunk. Although the producers filing the complaint weren't present while this scene was shooting, they felt uncomfortable that no one stepped in to halt the situation as it was unfolding.

A few weeks later, with an outside investigation of the night in question complete, filming resumed. Warner Bros. found that no sexual misconduct had taken place and no one was ever in any danger during filming. However, it did pledge to take another look at its policies surrounding alcohol, consent, and sexual contact between contestants on the show.

The trailer referenced the show almost shutting down by flashing the disappointed tweets of fans following the news that it was on hiatus. One tweet callously read, "My summer is ruined." But it didn't end there. "The sun had almost set. Summer was almost ruined," a voiceover in the trailer dramatically teased. "Paradise was almost lost, until it wasn't." It then flashed the thrilled tweets of fans after the show resumed filming, amidst promises that "paradise is back" and "paradise is found."

It's understandable that fans were unhappy about one of their favorite shows potentially ending. But Bachelor in Paradise was investigating sexual assault charges and examining legitimate issues of consent presented by the show's format. The safety of its contestants, and particularly its female contestants, while alcohol is flowing trumps any fan's "ruined summer." We already know the scene in question won't air on the show, which is a relief. Hopefully, the season proceeds as tactfully as possible, given the circumstances.