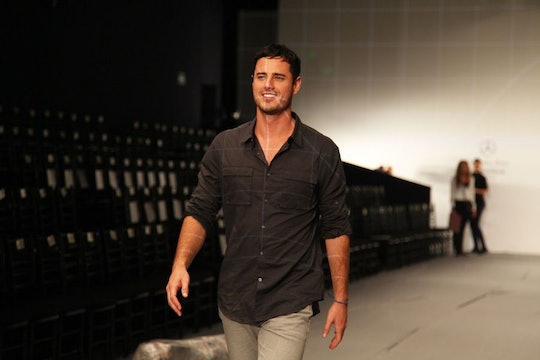 'The Bachelor' Was Delayed For Iowa Caucuses & Twitter Freaked Out

Fans of The Bachelor may be the only people in the world who look forward to Mondays. While the rest of the world suffers through the start of a new week, they anxiously await another rose ceremony. But viewers were outraged, dissapointed, and a little confused when they turned on their TVs this past Monday and saw a different suited man on the screen. What the eff? What's going on? Is George Stephanopoulos the new bachelor? These were just some of the thoughts that went through people's minds when The Bachelor was delayed for the Iowa Caususes.

Don't worry fans. Ben hasn't been replaced and he wasn't taking girls on one-on-ones to the caucuses. (Though that would be quite the panty-dropper of a date.) In order to please people who love reality TV and politics (yes, they do exist), ABC aired a quick update on the ongoing in Iowa. It was a very strategic and rational decision on the networks part. But Bachelor fans didn't give an eff. Instead of being grateful for the political updates, they were outraged over being deprived of their beloved Ben. And, come on, can you blame them?

From the pissed off to the puzzled, there were plenty of Twitter reactions to The Bachelor's momentary delay. Even a former contestant offered her clever commentary.