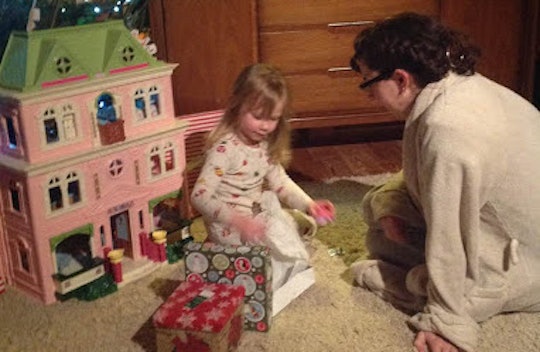 The Bathrobe That Saved Me Postpartum

What I remember about my first night alone at home with my baby was being cold. It was early January, and the heat had trouble reaching all the way up to my third-floor bedroom. I shivered as I sat on the edge of the bed, trying to get my newborn daughter to latch on so she could nurse. And although I did (somehow) get her back to sleep in her crib, it felt like only minutes later that I was up again, pulled away from the warmth of my blankets as I tried to soothe her back to sleep.

Exhausted, I brought her back into bed with me. Aware of the risks of unsafe co-sleeping, I didn’t dare put a blanket anywhere near her. She was warmly swaddled in a full-body suit and a sleep sack, but I was in a nursing tank and pajama pants — and I was freezing. I barely slept a wink that night as I shivered next to her, eyeing the down comforter at the foot of my bed and desperately wishing I could pull it over me. The next morning, I stumbled into my closet looking for a sweater, and found something else — something much better. Tucked inside a plastic bag, I could see its plush white fabric catching the light.

I dreaded each long, dreary day of nursing, naps and diaper changes.

I had bought myself a new bathrobe from Bed Bath & Beyond a few days after Christmas. To be honest, I had never really been a “bathrobe” person before. Bathrobes were for grandmas, invalids, the ill or infirm. But I had gift card money to spend, and the bathrobe seemed irresistibly soft and snuggly. And, at 9-months-plus pregnant, I had a vague idea that a bathrobe might be a nice thing to have after the baby came. But I had forgotten all about it because, you know, pregnancy brain.

The next night, I wrapped the bathrobe around my chilly shoulders before crawling into bed and was immediately comforted by its soft embrace. I felt as warmly swaddled as my infant daughter was in her sleep sack. I fell asleep with my bathrobe on, and no longer shivered with cold and fatigue when I woke to nurse and change my daughter once, twice, countless times that night — and every night after. I pulled it close around me when I, once again, brought my daughter into my bed, and curled up cozily next to her while she slept safely on the sheet, with no blankets in sight.

My daughter’s birth was hard on me, physically and emotionally. Although I had help and support from my husband and my mother (both of whom basically waited on me hand and foot for those first few weeks), I felt alone and scared. I dreaded each long, dreary day of nursing, naps and diaper changes. The nights were more of the same, but at least at night, I had my trusty bathrobe. In one pocket I kept a spare pacifier; in the other, my cellphone. I felt like I could face anything with that thick, blanket-like shield wrapped around my shoulders.

For the first several weeks of my daughter’s life, I did what the parenting books told me to do, and slept when the baby slept, so I was in bed by 8:30 p.m. every night, just to try to eke out enough rest in between wakings to constitute something like a full night’s sleep. During the days, I tried to push myself to be productive, to get out of the house, to wear something other than pajamas. And most days I managed it. But when 8:30 p.m. rolled around, I was so grateful for that bathrobe and the power it had to soothe me. Some days it was the one thing that felt good.

I saw myself growing into a mom, not just someone who was pretending to be one.

Slowly, as we moved out of those first few frightening, demanding months, my fear began to ease and I began to find my way toward a new feeling: love. I began to move away from just surviving, and into something that felt more like living. I watched my daughter grow from a feeble, fretful infant into a bright-eyed, curious toddler — and I saw myself growing into a mom, not just someone who was pretending to be one. I began to see that I didn’t need to shield myself. I began to thaw — and that essential bathrobe became less of a life preserver and more of a convenience.

My daughter grew older, and slowly (ever so slowly) more independent. By the time the following January rolled around, the night wakings were somewhat less frequent and somewhat more predictable. After two years, I stopped nursing, and somewhere along the line I actually got to sleep through a whole night without waking up. But I kept my bathrobe nearby, just in case. I still loved its warmth on my shoulders on chilly mornings. Its deep pockets seemed capable of holding whatever I needed, from pacifiers and nursing pads to board books and stuffed animals.

My daughter is almost 6 years old, and her night wakings are few and far between. But my bathrobe still hangs on its hook so I can grab it when I wake up. I don’t need it as I once did, but I still like to have it around. And every now and then, on a particularly cold or dreary night, I pull my bathrobe around my shoulders and sleep, curled up, in its warmth.