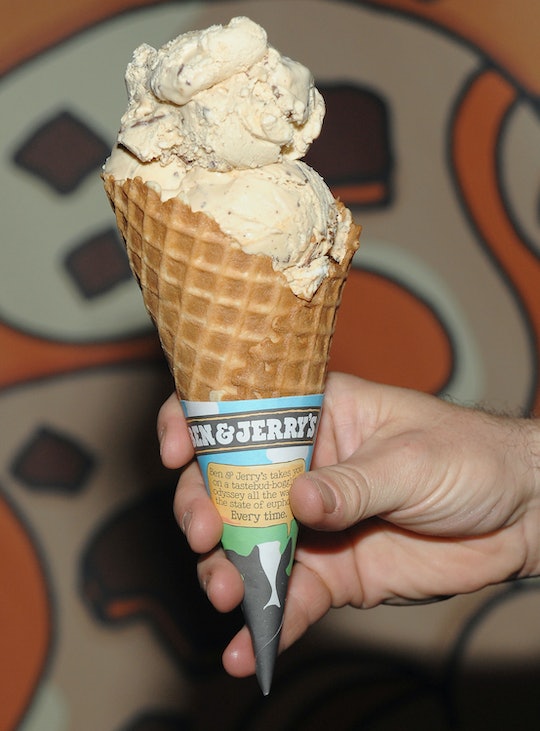 When you're closing in on the finish line of your pregnancy, you're probably willing to try almost anything to get that baby out. Sure, you've tried your best to enjoy pregnancy, but at some point you are just done. Well, that's when it's time to snack strategically. In fact, you might want to indulge in the Ben & Jerry's flavor that could kickstart labor.

OK, so here's a brief caveat: the idea that certain foods can induce labor is still somewhat up for debate. Granted, there may be a strong folkloric wisdom that, say, pineapples or spicy meals could kickstart labor, and you may even have a mom friend who swears that chowing down on licorice finally made her baby arrive. In other words, because little to no research has been devoted to the topic of foods that stimulate labor, their effectiveness is debatable.

With that said, most foods that might make you go into labor fall into the "can't hurt, might help" camp. So if you're already prepared to chow down on some ice cream anyway, why not choose a flavor that just might help your baby arrive? If nothing else, you can hope for the placebo effect, and who doesn't want a reason to enjoy more ice cream?

In this case, you may want to reach for a pint of Ben & Jerry's Cinnamon Buns ice cream. As noted in Home Remedies Care, cinnamon bark is thought to help with labor induction. Again, this falls into the folklore category of knowledge, but chances are cinnamon won't hurt you. And for what it's worth, there is some anecdotal evidence that consuming cinnamon just might kickstart labor. Granted, most recipes call for cinnamon tea to help induce labor, as noted in Baby Center's community. But if you're going to enjoy some ice cream anyway, then the most cinnamon-heavy flavor is probably a good call.

Will your OB or midwife tell you to eat this? No. Do any peer-reviewed journals support the ice cream labor induction premise? No. But will you get a moment to enjoy some sweet, cinnamon-flavored ice cream and (just maybe?) encourage your baby to get born already? Absolutely. Because even if Cinnamon Buns ice cream doesn't help you induce labor, you still get the perfect excuse to dig in to this perfect pint. Really, there's no downside. So whatever the outcome, you and your baby are in for a treat.