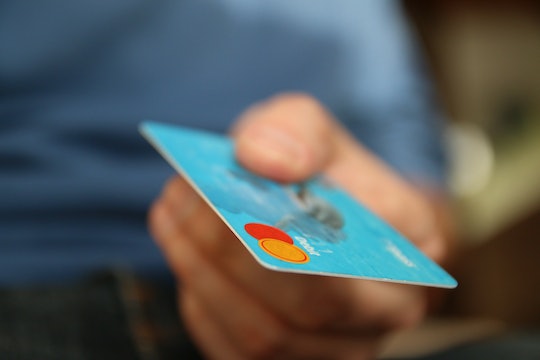 Thanksgiving is just a week away, folks, and you know what that means. Oh, you think I'm talking about food, family, and giving thanks for all you're grateful for as your loved ones around the dinner table flash heartwarming smiles your way? Nope. I'm referring to the unofficial start of the bustling holiday shopping season, otherwise known as Black Friday — and yes, it's just as terrifying as it sounds. But if you're buying for children between the ages of 5 and 7 this year, you might be out of luck waiting until the day after Thanksgiving to start crossing items off your list. What every kid wants is something called a Hatchimal, and if Twitter is any indication, there's not a single Hatchimal left on Earth. Below are the best Tweets about Hatchimals, guaranteed to make you laugh, cry, or just shrug your shoulders while you wonder what all the fuss is about.

In case you have no idea what a Hatchimal is, here’s what you need to know: It’s a stuffed interactive bird that hatches itself out of an egg. Apparently, there are five "species" of Hatchimals — Pengualas, Draggles, Owlicorns, Burtles, and Bearakeets — and the more you play with it, the faster it hatches (hey, get your mind out of the gutter!). The toy, one of this year’s best-selling items, is sort of like the Tamagotchi playthings from the days of yore (i.e. the ‘90s).

As Hatchimals fly off shelves at an alarming rate, parents everywhere are either freaking out about not finding one in time for Christmas or joyfully celebrating their success at beating everyone to the punch. See for yourselves:

Some People Are Mad

Barry Brown is right: According to Us Weekly, the regular price for a Hatchimal is $60, but some consumers are snatching 'em up and reselling them for hundreds (even thousands!) of dollars on sites like eBay and Amazon.

What I'm not thankful for this year is your language, Mr Forest.

Oh, Andrew, get some rest! According to WebMD, sleep deprivation was a factor in some of history's biggest disasters.

Others Are Desperately Asking For Help

And here I thought your brain could only fry if it was on drugs.

Never fear, my dear Chelsea, you likely have one chance left. According to a statement on the Hatchimals website, additional product will hit retail shelves this month. But you better act fast — those shipments are anticipated to sell out quickly.

Your daughters have good taste! Pink and purple are some of MY favorite colors, too.

Some Are Bragging About Their Success

I'm happy for you, Jenny, but my weekend entertainment consisted of binge-watching Black Mirror on Netflix. No Hatchimal for me. (Cue sad face.)

Wait, there's more than one Amazon? I thought the only one was in America? Thanks, Obama!

I myself am not a huge fan of stores like Walmart (the crowds!), but you do you, Nicole.

And Then These Tweets Are Just Plain Hilarious

I thought competitive parenting was bad for you?

Is it the same alien race that convinced nearly 62 million people to vote for Donald Trump last week?

Is Pokemon Go still a thing?