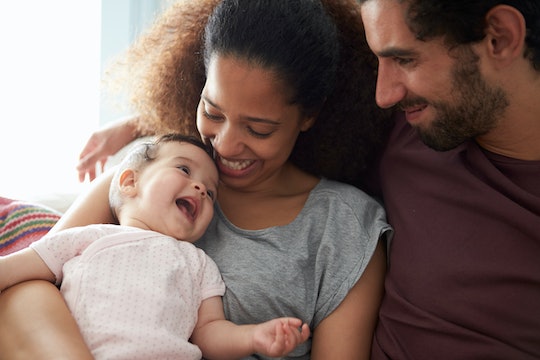 When you start having children, you're forced to think about things in the long term. One of the biggest decisions new and prospective parents face while raising a family is where they want to settle down. While a small apartment in a trendy New York City neighborhood might have been fine before kids, as your family grows you may find that it's time to head for greener pastures. And thanks to some new research from Policygenius, the insurance company ranked the best and worst states to raise a family and the answers may surprise you.

Just as you would if you were trying to decide on a place to put down roots, Policygenius weighed a number of factors in its rankings. Things taken into consideration in Policygenius' findings include safety, housing affordability, financial security, the cost of education and child care, the divorce rate, and more.

Each factor was weighed equally against the others, according to Policygenius. Ultimately, researchers found that states in which housing was expensive, crime was regular, child care options were scarce or overpriced, and many people lived in poverty ranked lower in the standings, while other states where the opposite was true took the top spots.

Wyoming topped Policygenius' list as the best state to raise a child, or children, in. According to the report, it's cheap to send your kids to college in Wyoming, child care isn't overly expensive, and violence and crime per capita are low. On average, Policygenius found that it cost about $5,400 to send a child to college there, roughly $10,394 to put one into child care, and violence and crime were low at 238 incidents per 100,000 people.

Not far behind were states like Utah, Idaho, North Dakota, and Nebraska.

Hanna Horvath, the author of the Policygenius study, tells Romper that Wyoming scored high across all 10 categories considered in the study, "from housing affordability to infant health to safety." Others, like Utah and Idaho, also did well.

"Wyoming had statistically higher test scores and housing affordability, lower crime rates and percent of families living in poverty. The top five states all had lower than average college tuition costs and a higher than average percentage of families," Horvath says.

While you may not have considered these states in the past, it may be time to expand your horizons when it comes to settling down. Your family may even benefit from the decision in the long run. Horvath noted that in most cases, parents are flocking to these states for the low cost of living and safety rather than high-paying jobs.

"Families aren't necessarily living in states where they can make the most money. They're living in states where the cost of living is relatively low and/or they have some peace of mind," she tells Romper. "In other words, the top states in our index don't rank highest in median household income, but their housing markets are more affordable and the annual cost of child care is much lower than states at the bottom of our list."

As for the worst states to raise a family, Washington, D.C. topped Policygenius' list. According to the report, child care is extremely expensive there — CNBC reported in January that average cost of a 4-year-old's child care was $18,657 — it has high rates of family poverty, and high crime rates. Meanwhile, Policygenius' research found that in Washington, D.C., the average cost of child care is $23,666. What's more, the company found that 39 percent of families there live in poverty, and its crime rate was about 1,005 incidents per 100,000 people.

While many people flock to Washington, D.C. for careers in government and other things, it costs an arm and a leg to live there. A 2018 study by RentCafe found that the average cost of rent in Washington, D.C. was about $2,527. To afford this without being "cost-burdened," RentCafe determined you and your partner would have to make about $108,300 per year.

"Though its median household income is one of the highest in the country, D.C. has extremely high child care costs and unaffordable housing — not to mention high violent crime and infant mortality rates," Horvath explains. "Unsurprisingly, D.C. has a low percentage of families living there (21.5 percent) vs. Wyoming (30.1 percent). So, while median income may be an indicator of economic health in a given state, it isn't always an indicator of family-friendliness."

New York was also in the red on the list, though it wasn't in the bottom 10. This may come as a surprise, as New York was ranked one of the most expensive cities in America by CBS News, with the average rent estimated at $3,783 per month. Evidently the less pricey cities surrounding the Big Apple provide a little balance. Still, according to Policygenius' rankings, New York is far from the best place to raise a child.

"If you're a parent or prospective parent looking to move, I would take a holistic approach in finding the right home for your family," Horvath recommends. "Not only would I look at costs, I would also look into safety and health factors. Things like violent crime and divorce rate can be telling of how good — or bad — a state is for raising a family."

Similar studies have been done in the past, but the findings are often similar. For instance, WalletHub put together a ranking not unlike Policygenius' in January, taking into consideration things like average family salary, the cost of living, child care costs, how many families with kids were around, and more. In WalletHub's rankings, Minnesota took the #1 spot with Massachusetts, North Dakota, Vermont, and New Hampshire not far behind. As for the worst states to raise a child, WalletHub's research found those to be New Mexico, Mississippi, Louisiana, West Virginia, and Alabama. This ranking is a bit closer to Policygenius' than the top 10.

The decision to start a family is a big one, and it comes with many equally major steps along the way. Deciding the best place to plant your family may seem impossible, but lists like this can prove helpful. Still, you have to do your own research and consider factors unique to your little family.

More Like This
The Disappearance Of Children’s Recreational Sports
Why Fewer Newborns Will Need Jaundice Treatment Under New AAP Guidelines
Reddit Applauds Mom Of Five Who Stood Her Ground & Left Sleeping Dad Behind
When Can Babies Hold Their Head Up? Experts Explain