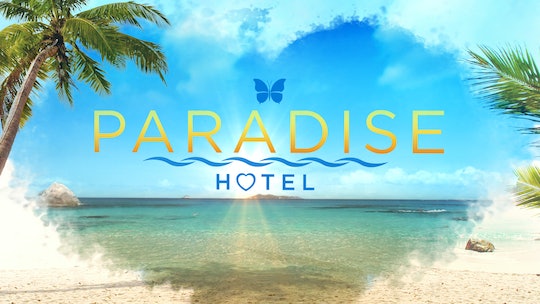 The early 2000s are making a comeback and TBH, I'm not sure how I feel about it just yet. Starting May 9 on Fox, Laguna Beach's Kristen Cavallari returns to reality television — but sadly, not as part of The Hills: New Beginnings ensemble. Ironically, Cavallari is checking into a different reality series reboot called Paradise Hotel, which originally ran in the summer of 2003. Although the flagship series only made it to two seasons, the 2019 comeback looks promising with a fresh lineup in the Paradise Hotel cast.

Before we dive in head first, how does Paradise Hotel work? According to Fox, the reality show reboot will follow a group of singles that live together in a luxurious hotel resort. Everyone is competing to see who can stay the longest at the hotel. Each week, one single is voted off and a new guest is brought in. However, to change up the format from the 2003 version, the new Paradise Hotel asks viewers to play along at home to help decide who stays and who goes.

Not going to lie, Paradise Hotel sounds like a lot of different reality shows mixed into one. It's kind of like Survivor meets Bachelor in Paradise meets America's Next Top Model Season 19 when the judges added online voting to the mix. Nonetheless, Paradise Hotel hails from the producers who brought you classics like Jersey Shore, The Bachelor, and Love Island. So it's safe to assume that the team knows what they're doing when it comes to reality television.

Per a press release in Jan. 2019, Rob Wade, President of Alternative Entertainment and Specials at Fox Broadcasting, answered why the network decided to bring back Paradise Hotel.

“Paradise Hotel was a show ahead of its time, and this incredible team of producers plan to take it to the next level," Wade said. "The format allows for a delicious mix of love, drama and humor with a uniquely Fox twist. By using fresh interactive elements, it enables fans to orchestrate the show’s narrative, making it can’t-miss television for a new generation of viewers.”

“When love, power and money are the stakes, doing the right thing can sometimes take a back seat," Salsano revealed. "Guessing who will do what’s right to find ‘the one,’ while others are focusing on the jackpot, makes this super exciting."

So who will check in and check out of Paradise Hotel? It's time to meet the first round of your new favorite reality stars.