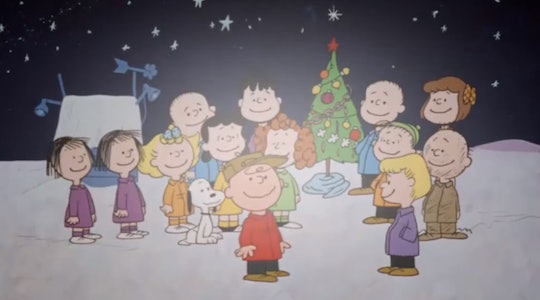 Monday marked the true start of the holiday season. No, not because Thanksgiving is now over. And no, it's not because tomorrow is December 1st. And it definitely had nothing to do with Cyber Monday. It's all about a group of kids and their great desire to keep the spirit of the season alive. Yes, folks, I'm talking about Charlie, Linus, Lucy, Sally, Schroeder, and the rest of the Peanuts gang. I'm talking about flimsy Christmas trees, dogs named Snoopy, and of course, the 50th Anniversary of A Charlie Brown Christmas, which was honored tonight with its own TV special on ABC prior to a showing of the holiday classic.

Charlie Brown super fans were surely pleased by the beautiful set designs and the use of Vince Guaraldi’s music throughout the special (Guaraldi gave all the Peanuts movies their signature sound). Footage of Peanuts creator Charles Schulz as well as producers Bill Melendez and Lee Mendelson detailed the history of the beloved comic strips turned animated features. Kristen Bell, aka Veronica Mars, hosted the event (wearing a dress that was a cross between holiday classic 50s housewife and Wednesday Adams — which I personally loved), and the whole hour-long special was filled with plenty of memorable moments: