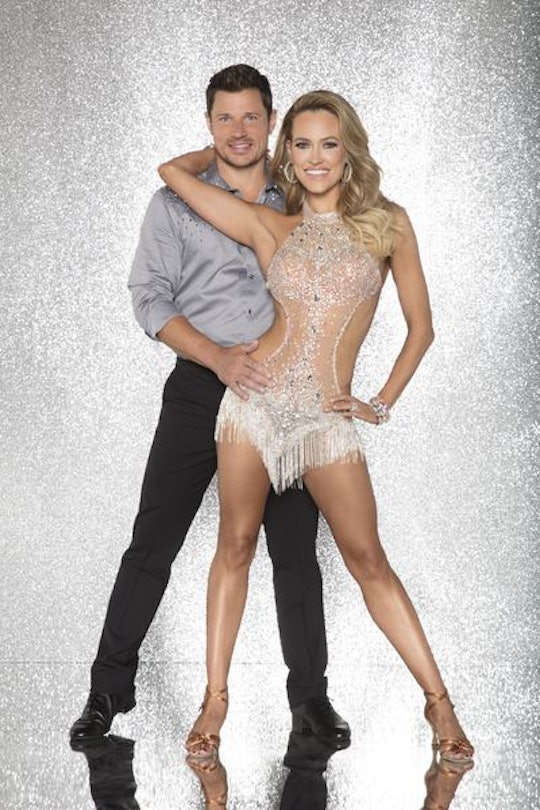 The Bachelor season may be coming to a close, but one of the things I love about TV is that when one obsession ends, another one begins — and ABC is gearing up to shift its focus from red roses to Mirror Ball trophies. That's right, my friends — the Dancing With the Stars Season 25 cast has been revealed and with a few very interesting surprises, such as an iconic married couple and a Pretty Little Liars alum.

While some additions don't come as much of a shock (reports of Nick and Vanessa Lachey's involvement started trickling out a few weeks back), but I was extremely pleased to see that PLL alum Sasha Pieterse, who played Alison DiLaurentis on the widely popular Freeform show, would also be joining the ranks along with her dance parter Gleb Savchenko. Does she have what it takes to go far in this competition? That's difficult to say just now, but even if I knew the answer, it's a secret I would take to the grave.

So who else will be stepping onto the ballroom floor in just a few weeks? Check out the complete roaster below and get excited for what's sure to be a very memorable season.

As you can see, this is going to make for an interesting season, not only because Maks will be back in full swing (a man who is just as entertaining off the dance floor as he is on it), but also due to the fact that Nick and Vanessa will be in direct competition with each other, which just so happened to parallel with their dance partners Maks and Peta, who are also married. Who will prevail over the other? That's something fans will just have to wait and see, but I'm very interested to see how it all plays out. Is it Sept. 18 yet?