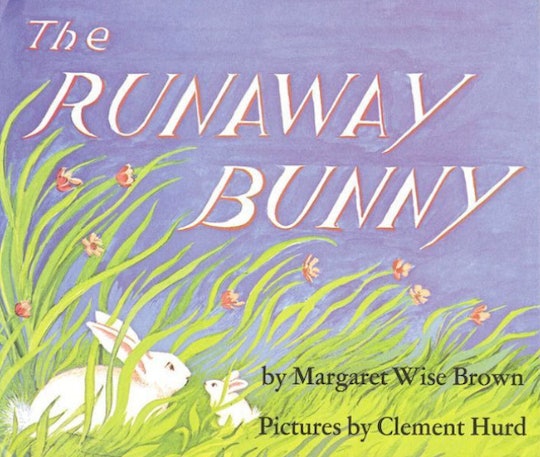 The Ending Of 'The Runaway Bunny' Was Supposed To Be Different

Generations of children have settled down for bed time with a lovely reading of The Runaway Bunny. This sweet story of a little bunny who daydreams about running away and turning into a fish, bird, and sailboat, among other things, has long been a favorite of readers everywhere. But even if you've read the story a thousand times, there's probably one thing you never knew about The Runaway Bunny by Margaret Wise Brown and Clement Hurd.

So the author and illustrator of The Runaway Bunny are both pretty well known. Margaret Wise Brown also wrote Goodnight Moon and My World; her name is forever synonymous with children's literature. And illustrator Clement Hurd also provided the art for Goodnight Moon, as well as other children's works such as The World is Round (written by Gertrude Stein). But The Runaway Bunny's editor also had a huge impact on the book's final outcome.

The original ending of The Runaway Bunny was a little different from the story as it stands today. According to Read Geek, legendary editor Ursula Nordstrom suggested a rewrite of the ending to Brown, who later added the final line: "'Have a carrot,' said the mother bunny." Can you imagine the story without this ending? It perfectly wraps up the story and brings it back to reality with a little common sense from mom.

Nordstrom had great instincts when it came to children's books, and she also helped shape classics such as Danny the Dinosaur, Where the Wild Things Are, and Little Bear. She also had a big hand in the success of Harold and the Purple Crayon. So basically, The Runaway Bunny was written, illustrated, and edited by the kid lit dream team. It's difficult to imagine a better team of people for any story.

Oh, and here's a bonus fun fact: some of Brown's works are interconnected. The next time you read Goodnight Moon, look for a copy of The Runaway Bunny on the drawing of the bookshelf. It's a fun fact you can share with your own little bunny the next time you sit down for story time.