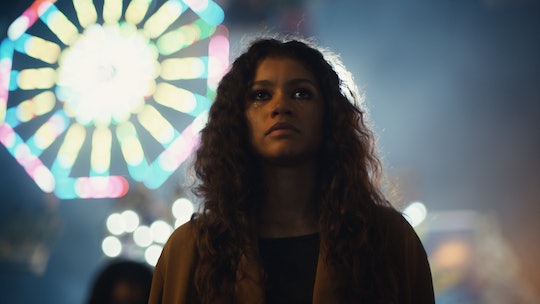 We have all heard the story of teen dramas before. There’s the popular girl who yearns for something more, the jock who bullies everyone else because of his own insecurities, and the obvious outcasts. But HBO’s Euphoria trades all most of the usual tropes for more realistic teen angst and the Euphoria cast took on some pretty heavy roles. The show tells the story of a group of high schoolers kids' struggles with drug addiction, sex, gender identity, and anxiety in a more realistic high school setting than you might have seen on One Tree Hill or Dawson’s Creek back in the day.

Zendaya leads the case as Rue, a 17-year-old recovering drug addict trying to find her place in the world, Hunter Schafer, a transgender woman, plays Jules, a trans girl who is also the new kid on the block. And that’s just the tip of the iceberg as far as the Euphoria characters are concerned. Most of the characters are meant to mirror real life struggles that teenagers are going through rather than some of the same standard issues you see in most teen dramas.

Much of the core cast is made up of younger actors portraying teenagers going through very real problems, so these roles were pretty big tasks for them to take on. Luckily, they all seem up for the challenge and judging by their varied experiences, the Euphoria cast can likely handle it.