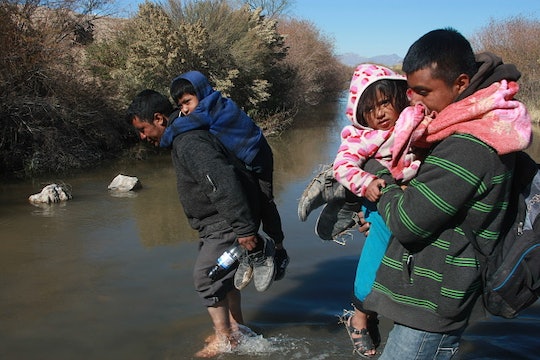 The first pictures depicting the policy of family separation occurring at the United States border were hard for the populace to believe. Even harder to fathom is the fact that they’re still occurring today, a year on.

“The one thing that is really shocking is that the separations are still happening,” says Beth Krause, supervising attorney of The Legal Aid Society of NYC’s Immigrant Youth Project.

Since the zero-tolerance policy was implemented, under which undocumented immigrants who enter the U.S. are prosecuted for illegal entry and taken into custody, triggering separation from their children, Krause and her team have represented many of the separated children transported thousands of miles to New York. Initially, hundreds of children were brought to the state, Krause recalling that the number hit approximately 400 kids.

“We worked to make sure that every single separated child had an attorney fully representing their interests in reunification and in any sort of immigration relief that they might be eligible for here,” she tells Romper via phone. “It was a whirlwind.”

The Trump administration has reported that 2,700 children have been separated from their parents under the policy, though many believe that number is severely underreported and, just days ago, the Department of Homeland Security Secretary Kristjen Neilsen denied that the family separation policy existed, per the ACLU.

Krause’s team would beg to differ.

They have specifically worked with 70 kids both in and around New York City during the summer months, advocating for their wants and desires while trying to further understand the confusing policy. They filed class-action lawsuits in federal court, some of which proved to successful. The major issue, however, were the unanswered questions. Even when a federal judge required that families by reunited, much was unknown: What would the reunification process be like? How would it happen? And what would happen after a child was reunited?

I had a client who was reunified with his mom at 3 in the morning. It was all done without information, without planning, and we didn’t know exactly what was going to happen.

“We filed a Class Action lawsuit in the southern district of New York asking for — and we won — notice.” This meant that the government was required o provide 48 hours notice before families would be moved or reunified, along with a reunification plan.

The many unknowns were the most difficult factors at play. Many of the separated children, in fact, were unsure if they wanted to be reunited considering they might be deported.

“We had clients who were almost 18 year olds who were very clear about what they wanted to happen and they had their own interest that we as their lawyers had to be watching out for. In a number of situations, we had clients telling us that, ‘If my mom has to go back to our home country, I don’t want to go with her. I want to stay here. I’m afraid to go back’” she recalls.

In addition to trying to figure out what the next steps were for children, Krause and her team were dealing with the trauma that the kids had faced. Not only had they been separated from their parents, but they’d been placed in detention centers, often without daily phone access to parents. Migrant children have also been impacted by sexual abuse taking place in immigrant detention facilities, as reported on by the New York Times. The effects of this were evident in the moment, as well as long term.

Krause says that some of the children who are reunited now are in therapy, trying to deal with the trauma.

Last June, Heather Larkin, Associate Professor in Social Welfare at the University at Albany, SUNY, told Romper that the separations could cause future issues for the children such as “everything from major depression, anxiety, and substance abuse to an increased likelihood of contracting sexual transmitted diseases or becoming a teenage parent. It's even linked to different types of cancer and early death."

Krause adds, “We had other kids who were so traumatized from their time in detention and the confusion and being separated from their parents that they said things like, ‘I wanna be back with my parents but I don’t want to go back into detention. I can’t do that again.’ These are kids who had traveled so far with their parents, then had often been without any sort of warning taken from their parents. And then they were placed in another foreign place without their parents...They were suffering. It was not an easy time for anyone.”

There is no judicial review of this. There is no ability to go before a judge immediately afterward to get the government to justify what it's doing.

Families are separated in the United States on a daily basis in different contexts. For instance, a child welfare authority may remove a child if there is imminent risk. However, as Krause pointed out, “the difference between that process and what’s happening at the border is that there is judicial review of that process. Usually within 48 hours, that child welfare agency has to go before a judge and justify and meet the legal requirements for having taken the child away from a parent.”

At the border, there is little oversight. “What is still happening at the border is that when families are coming across, immigration authorities are determining what they deem ‘red flags’... and they will remove the child from the parent. There is no judicial review of this. There is no ability to go before a judge immediately afterward to get the government to justify what it's doing.”

The situation, despite efforts by Krause and teams like hers across the country, is complicated. As advocates like Krause fight for the children and families involved, Krause wants parents to know that this is still happening and the effects, both near and far, can be immensely damaging.

More Like This
34 Instagram Captions Perfect For Preschool Graduation Photos
From Captions To Gifts, These Are All The Kindergarten Graduation Ideas You Need
21 Magical Shows & Movies About Unicorns
26 Toddler Lunch Ideas They’ll Actually Be Excited To Eat