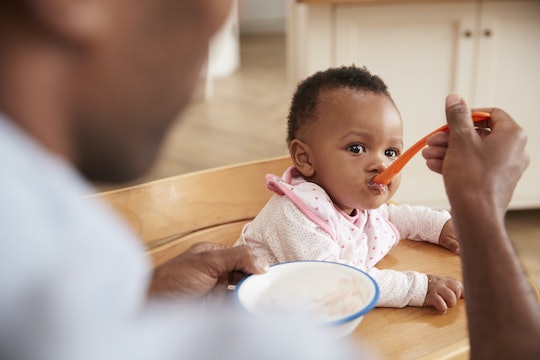 On Wednesday, the House Agriculture Committee began its markup on a new "Farm Bill," sweeping legislation that will ultimately determine federal funding for food and agricultural programs. The version of the bill under consideration, drafted by House Republicans in a private session, would enforce new rules on the Supplemental Nutrition Assistance program — otherwise known as SNAP — that could have far-reaching implications for millions of low-income individuals. In fact, the "Farm Bill" could jeopardize families' SNAP benefits, and that would only put children's health at risk.

SNAP accounts for more the three-quarters of funding in the proposed farm bill, a 641-page draft that was released last week to heavy criticism from progressive lawmakers and advocates alike, according to Eater. That's because the legislation would impose new work and job-training requirements for all SNAP recipients, including low-income parents with children older than 5 years old. These questionable changes the Republicans have made are meant to "reform" a program that's not even broken, Eater reported.

The farm bill would require all able-bodied people ages 18 to 59, including parents, to work at least 20 hours a week, starting in 2021. If they don't have a job, they have to attend a job training program for the same amount of hours. In 2026, the hourly requirement is bumped up to 25 a week, according to Eater.

Republican Rep. Mike Conaway of Texas, chairman of the House agricultural committee who sponsored the farm bill, said that his "radical" changes to SNAP "maintains and strengthens the great American tradition of self-sufficiency — that compels us to work to improve our station in life," according to Mother Jones.

Here's the thing, though: More than 40 million — or 1 in 8 —people in the United States are SNAP recipients, and most of them already hold jobs, according to the Center on Budget and Policy Priorities (CBPP). The problem is, as CBPP noted, those jobs are not only low-paying, they're also unstable and lack benefits, which means millions of working parents can't afford to feed their children on a regular basis. Instead, they're forced to choose between paying rent or paying their electric bill, and don't have enough left over to for groceries.

Gabby Trinkle, a mother of two and member of the grassroots action group, Moms Rising, tells Romper via email:

I don’t know how I would’ve been able to feed myself or my children without SNAP. Since then, I’ve graduated college and gotten engaged, so I don’t need SNAP now, but for five years, I couldn’t fill my cabinets with food or put a healthy meal on the table without it. I was a single mother and I was working as much as I could, but it wasn’t enough and even though food banks were helpful they couldn’t provide me with the healthy options I wanted my children to eat. Without the program, I don’t know if we would’ve made it to where we are today.

That's why SNAP is such a life-saving program for millions of families and children. Studies show that public food assistance has short- and long-term health benefits for low-income adults and children because it gives them access to fresh produce and nutritious foods that benefit their growth and development, according to CBPP. The federal government doesn't allocate enough money for families using SNAP, but the average $126 per month they receive goes a hell of a long way.

Access to a nutritious diet is an important part of maintaining health, especially for pregnant people, children, and seniors. Cutting SNAP benefits would instead increase food insecurity, exacerbate poverty, and could have a long-term impact on families and individuals working hard to overcome barriers to economic security. Food is the most important medicine we have. No pill or drug can override the effects of hunger or malnutrition.

Not surprisingly Republican lawmakers are hoping their farm bill is ushered quickly through the House without anyone batting an eye, according to Eater.

In the end, the new SNAP eligibility requirements have nothing to do with fixing a system that doesn't need to be fixed. Instead, it's a pointed attack on poor families who are trying to survive in a country that continues to squeeze the life out of living wages and supportive services. It's a blow to working families who have to shoulder an ever-rising cost of living that makes it difficult to afford electricity, let alone food.

Lucy Sullivan, executive director of 1,000 Days, a non-profit focused on improving nutrition for women and children in the United States and around the world, says in an email statement to Romper:

SNAP is proven to improve the health and economic security of children, their families and their communities. Instead of making it more difficult for families to thrive, Congress should be working to make it easier for all Americans to access and afford healthy foods.

In other words, how can families live out this "Great American tradition of self-sufficiency" when all the resources they need to climb out of poverty are being taken away?