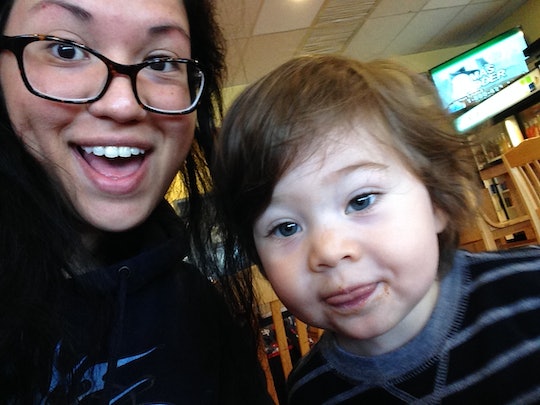 As a child, I shared a room with my entire family until the age of 11 because that was all we could afford. We never went on vacations, so I would lie about trips to Disney World when it came time to discuss our summer plans in class. My hard-working, immigrant parents did the best they could. Years later, I would become a low-income mom myself, and the judgements I faced were highly unexpected. This is why I’ve made this list of ways folks don’t realize they’re shaming low-income moms.

There are folks who outright shame anyone who has kids and can't afford a four bedroom house with a two car garage. These are the people who say things like, “If you can't afford them, you shouldn't have them,” only to (usually, but not always) advocate for restricted abortion and reproductive rights. Many of these folks don't even have kids themselves. I know because, once upon a time, I was one of them. I didn't get why anyone would choose to reproduce if they would constantly be struggling. It seemed almost unfair. But what I failed to recognize is that we all have the right to start a family.

So, as long as we work hard to make sure our kids needs are met, there's nothing wrong with not being a rich parent. In retrospect, I know I was wrong in my judgement of mothers and other parents. If you're wondering whether you've ever accidentally or unintentionally shamed a low-income mom, this list is for you.