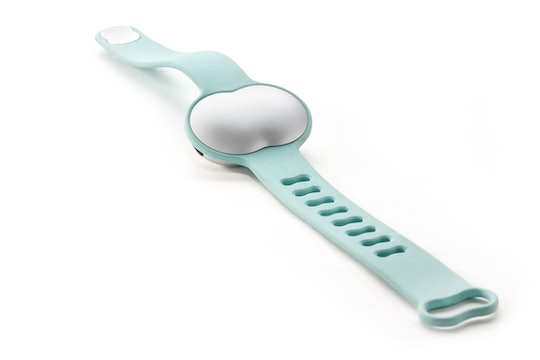 A FitBit Helped This Mom Conceive Her Baby, Because Technology

Fertility woes can be a crippling, disheartening, uphill battle that suck the joy out of every day life. Struggling to have a child has torn couples apart, alienated friends and family, and found many women spiraling into a deep depression. While it might not work for everyone, it looks as though there might finally be an app for that. The first baby conceived using the Ava, which has been dubbed the "FitBit for fertility" by some, was born, and I guess that means technology isn't really the enemy.

Update: 'Bachelor in Paradise's Jade Roper and Tanner Tolbert welcomed their first child, also an Ava baby, on Thursday, according to E! Online. According to E!, Roper used Ava to "see the beginning of her fertile window," is thinks it's why she was able to conceive quickly.

Lizzie McGee of Utah was hoping to have a second baby. It had taken her four years to have her first child, after suffering a miscarriage and years of medical visits. McGee said in a recent press release:

The experience of conceiving our first child was really difficult and stressful on our marriage, and I didn't want to go through the same thing again with our second.

So she decided to try Ava, the new ovulation tracking bracelet. According to the website, Ava works by "tracking your sleep, your physiological stress levels, and resting heart rates" to give you a clear picture of your health. Ava tracks your fertile window, so you know when you would be most likely to conceive. It also looks at your menstrual cycle to better:

And apparently... it works.

On the third month [of using Ava], I saw it kept on moving my ovulation date. I was like 'oh my gosh, it's really getting to know my body.' The day the ovulation date stayed in place, I thought to myself 'it really knows me. I'm going to get pregnant this month.' I knew it.

The 32-year-old mom was right; she gave birth to son Jace, now known as the "world's first Ava baby," on July 11. And it seems as though there could be many more "Ava babies" on the way; according to Ava Co-founder Lea von Bidder, Ava has already helped more than 500 women conceive since its launch in Aug. 2016. Von Bidder told PR Newswire:

Secondary infertility is much more common than many people realize, especially in cases where a couple has started their family later in life because it's widely known that fertility decreases as maternal age increases. Ava helps women optimize their chances of conception at any age by identifying in real time her full fertile window, not just the day of ovulation.

For women who have struggled with fertility issues, this wearable, convenient ovulation tracker could provide a little hope for the future, that someday they could be marveling over their own "miracle baby" like Lizzie McGee did in a recent interview with USA Today:

It was amazing. He’s a healthy, sweet-tempered, beautiful baby boy. He’s a little miracle. There was such a long time that we didn’t even know if we would be able to have a baby.

Correction: This article previously stated that the Ava bracelet is manufactured by FitBit and is actually a FitBit for fertility. That information is incorrect. The Ava bracelet is independent from FitBit and is made and sold only through Ava at www.avawomen.com, according to an Ava representative. Romper regrets the error, and the article has been updated to reflect this correction.