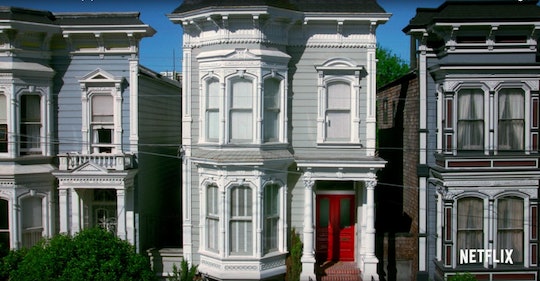 Anyone who grew up watching Full House knows how memorable those exterior shots of the titular house were. The classic white Victorian home in San Francisco set the stage for all kinds of Tanner family hijinks over the eight seasons of the show's original run. Of course, when the show was revived as Fuller House over a decade after the first series concluded, that house was revived with it. Unsurprisingly, by now the house is as much a character as any of the Tanners are, which makes the news that the Full House creator bought the Tanner family home all the more amazing.

The Hollywood Reporter exclusively broke the news today that veteran TV producer Jeff Franklin – who created Full House and Fuller House, among several other classic comedies – had purchased the Tanner family home. The house is actually located in San Francisco, where the show was set, and has for years been attracting avid fans of the series who were eager to visit it. The only problem was that actual, real, non-Tanners lived there.

Presumably, they were a little miffed by all the fuss because, at some point, they even painted the white house an eggplant-purple color (and grew a big ol' tree in front of it), probably to ward off nosy fans. Not that we can blame the previous owners – it must've gotten plenty annoying to have fans peering in your windows, thinking they'd see the same Tanner family living from the small screen. Especially since, obviously, they wouldn't have seen anything resembling the show's set, given that it wasn't filmed in the house at all but on a studio set in Los Angeles.

Franklin bought the nearly 2,500 square foot 4-bed/4-bath house, located at 1709 Broderick St., earlier this year for a whopping $4.15 million, according to THR. In a phone interview, Franklin described his impulse to buy the iconic residence:

"The house came on the market and really, I just thought, I have to buy this house," Franklin said. "I'm so sentimental about the house. It's great to have the house in our Full House family and be able to preserve it for the fans. … Seriously, I love owning this house."

The producer shared a photo of himself standing proudly in front of his new purchase earlier today on Instagram.

Franklin is planning on doing a full remodel of the interiors of the home "to match its sitcom heritage, making it appear as if the Tanner family really lives there" (!!!), eventually hoping to film there and to rent it out to the public – a.k.a., fulfilling every Full/Fuller House fan's dream.

He's also hoping to use the house to celebrate the 30th anniversary of the original series' premiere in a very special way.

"[The 30th anniversary] will be around the time that all of my construction will be done, so I hope to bring the cast up to the house and have a big slumber party here so people can drive by and actually see the Tanner family living there for one whole day," he explained. "That would be pretty fun."

Of all the many awesome things about this news, possibly the best part is the comment that Andrea Barber, who played Kimmy Gibbler on Full House and became a regular on the Fuller House revival, left on Franklin's photo.

Now, if you'll excuse me, I'll be off scraping together all of my money in order to afford whatever the rental rate will be once the house's remodeling is finished. The nostalgia is worth it!