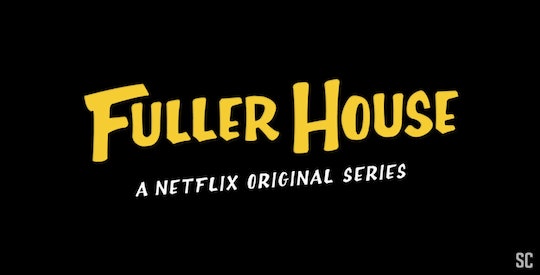 Fans who have been waiting years for a Full House reunion rejoiced when Netflix released the teaser for Fuller House, a new series coming to the online streaming giant on February 26 of 2016. With everything from Uncle Jesse's signature, "Watch the hair!" to Uncle Joey's, "Cut. It. Out!" — interspersed with interior shots of the familiar Painted Ladies in San Francisco that we all grew up with — the teaser provided a heavy dose of nostalgia and a sense of excitement at new life breathed into this nineties classic.

But what if we reimagined Fuller House with a far darker twist? With the trend of gritty reboots in Hollywood, it's only a matter of time until all our beloved childhood classics are morphed into Christopher Nolan-esque retellings we barely recognize. The folks at Screen Crush are more than happy to stomp all over our childhoods, reimagining the Fuller House teaser recut as a horror movie. And it is hilariously bad folks. Like, so bad.

It's basically the Netflix Fuller House dubbed over with some sinister music and creepy sound effects — no added jump scares or booming voiceovers — Screen Crush just replaced the sweet Fuller House teaser song for cheap horror tropes. To be honest, it's a pretty lazy effort at best.

Here, judge for yourself:

Back in my day (because I'm totally allowed to say that now that I'm approaching my mid-30s), YouTubers totally knew how to scare the crap out of you with a solid horror recut of classic films. Take for example, the original children's classic recut as horror movie, Scary Mary:

I still cannot get over that Scary Mary is nine years old already. It's practically a dinosaur from the early days of YouTube. Looking for something a little more current? This recut of Disney's Frozen takes, "Do you wanna build a snowman?" to frightening new levels of terror:

OK, switching back to the nostalgia that Fuller House has inspired, here's a pretty amazing recut of Home Alone transformed from wacky morality caper to chilling break-in horror movie not unlike The Strangers or Funny Games. I love the way YouTuber Bobby Burns worked in the classic shot of Catherine O'Hara shouting "Kevin!!"

And one more, for good measure: Mrs. Doubtfire reimagined as the terrifying psychological thriller it could have been...

More Like This
Keke Palmer Casually Drops Her Baby's Sex On Jimmy Fallon
Marie Kondo Gives Up Tidying Post-Kids, Sparking Joy For Moms Everywhere
Freeze! The Single From The New 'Bluey' Album Just Dropped
Josh Duhamel Is Glad He Took Fergie's Advice About Dating After Divorce
What Parents Are Talking About — Delivered Straight To Your Inbox