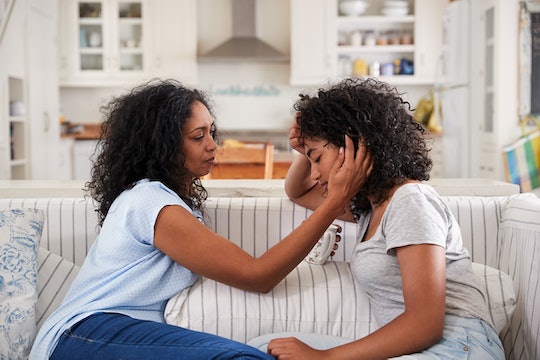 For decades, boys in the United States have been disproportionately represented in the nation’s high suicide rates, a phenomenon known as the gender paradox, even though girls attempt suicide and report contemplating it more often. However, an alarming new study suggests that teen suicide trends are shifting. The gender gap in suicide rates is closing for teens, with new data suggesting that girls are attempting suicide in increased numbers.

The study, conducted by the Nationwide Children’s Hospital in Ohio and published in JAMA Network Open, shows a significant decrease in the gap between male and female rates of suicide. Findings from over 85,000 youth suicide deaths between 1975 and 2016 suggests that suicide rates decreased until 2007, when suicide rates for girls between 10 and 14 began increasing annually by about 13 percent. Suicide rates for boys in the same age group began increasing by about 7 percent during the same time period.

For teens ages 15 to 19, rates among girls and boys increased by about 8 percent and 3.5 percent, respectively. This increase coincides with U.S. suicide rates rising overall across different age groups and demographics, according to the study.

Equally troubling are the rates of female suicides by hanging or suffocation, which are approaching those of males. “One of the potential contributors to this gender paradox is that males tend to use more violent means, such as guns or hanging,” Dr. Bridge, director of the Center for Suicide Prevention and Research at Nationwide Children’s Hospital and co-author of the study, said in a press release. “That makes the narrowing of the gender gap in suicide by hanging or suffocation that we found especially concerning from a public health perspective."

Another recent study published in the Journal of Pediatrics just earlier this month found that the rate of suicide attempts by poisoning among young adults in the United States has more than doubled in the past decade. For girls and young women, that number has more than tripled.

Researchers at the Central Ohio Poison Center found that, over its nearly two-decade study period, there were 1.6 million cases of intentional poisoning. An overwhelming 71 percent of those occurred in girls and young women.

Researches say that they still haven’t identified the cause for such a significant and persistent increase. However, some researchers point toward the internet and social media trends, which abet the spread of suicidal ideation.

These trends are in line with findings from previous studies, which suggest that there is an increasing rate of depressive symptoms among adolescents between ages 12 and 17.

Parents who are concerned about their children can and should take steps to prevent suicide. “Parents need to be aware of the warning signs of suicide, which include a child making suicidal statements, being unhappy for an extended period, withdrawing from friends or school activities or being increasingly aggressive or irritable," Dr. Bridge said. “If parents observe these warning signs in their child, they should consider taking the child to see a mental health professional."