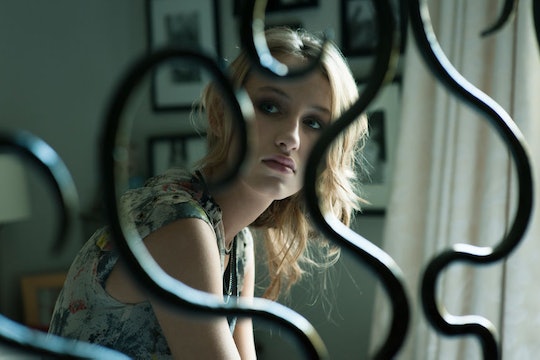 That the state of mental health care and awareness is an increasing cause for concern in the United States is no surprise. As the social stigma surrounding previously taboo topics like suicide and self-harm slowly lifts, numbers are bringing the picture even more into focus. As one alarming study found, girls are attempting suicide by poisoning at increasing rates.

As a study published in the Journal of Pediatrics recently revealed, the rate of suicide attempts by poisoning among young adults in the United States has more than doubled in the past decade; for girls and young women, that number has more than tripled.

Researchers at the Central Ohio Poison Center found that, over a 19-year study period, there were 1.6 million cases of intentional poisoning. Out of the alarming total of suicide attempts by poisoning, an overwhelming 71 percent occurred in girls and young women. The findings also show that while there was a decrease in suicide attempts between 2000 and 2010 for children ages 10-15 years of age, there was a dramatic and persistent increase between the years 2011 and 2018 that was driven primarily by girls and young women. For girls between 10 and 12, the annual number of suicide attempts by poisoning increased by a whopping 338 percent between 2011 and 2018. For girls ages 13 to 15, the rate increased by 136 percent from 2011 to 2018, and for girls 16 to 18, the rate increased by 75 percent.

Overall, in children less than 19 years of age, the annual number of suicide attempts by self-poisoning doubled.

Not only that, but, according to Henry Spiller, the lead author of the study, the outcomes of suicide attempts are also worsening. "It's not just that there's more attempts, it's also the outcomes; the severity is increasing, as well," Spiller told CNN.

In fact, the findings show that the percentage of severe suicide attempts that required medical intervention also increased during the study period.

While the study does not pinpoint the cause of the dramatic increase in suicide attempts in the last decade, it points to a number of possible factors that could be driving the concerning increase in the youth. “Because of the broad range of biological and psychosocial risk factors linked to youth suicide, it is likely that multiple psychosocial, technological, and perhaps economic aspects in the last decade may produce cascading effects,” the study explained. The pronounced increase in youth suicide attempts following 2011 could be driven by “society-shifting changes,” including the advent of social media and smartphones and an increased frequency and changed manner of interaction between young people.

The researchers suggest that suicidal ideation over the Internet contributing to the suicide contagion could also have a hand in the increased numbers: “Youth are now increasingly exposed online to others struggling with suicidal ideation and engaging in self-injurious behaviors."

This study’s findings align with similar Pedatrics studies that have found an increased rate of depressive symptoms suicide among adolescents between ages 12 and 17.

Parents should be especially alert and attuned to their children’s behavior in order to provide early identification needed for assessment and treatment. It's always better to be safe than sorry.