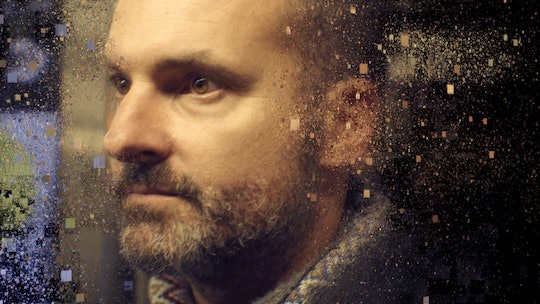 Are You Afraid Of Netflix's 'The Great Hack'? Because You Should Be

Netflix is no stranger to eye-opening shows that define an era. The popular streaming platform releases hundreds of titles that have audiences buzzing for weeks, and they've just delivered a preview for a documentary that should have you rethinking everything when it comes to the internet. On Jul. 11, Netflix dropped The Great Hack trailer, and it explores the Facebook-Cambridge Analytica scandal that exploded in early 2018. Quite frankly, it's all starting to look like a real-life episode of Black Mirror, and if that doesn't scare you, then you're probably one of the millions of people who need to watch the film.

The Great Hack, which originally premiered at the 2019 Sundance Film Festival, will make its Netflix debut starting on Wednesday, Jul. 24. According to a press release courtesy of Netflix, the Jehane Noujaim and Karim Amer-directed documentary unravels the dark side of social media and the truth behind data exploitation by uncovering different sides to the Cambridge Analytica/Facebook data scandal. The film will focus on three key players in the scandal, including Carole Cadwalladr, David Carroll, and most notably, Brittany Kaiser. But ultimately,The Great Hack "forces us to question the origin of the information we consume daily. What do we give up when we tap that phone or keyboard and share ourselves in the digital age?"

The trailer for The Great Hack opens with Carroll posing an interesting question that has undoubtedly become a meme on Instagram. He asks a classroom, "Who has seen an advertisement that has convinced you that your microphone is listening to your conversations?" Everyone raises their hand — including me, a viewer from home.

"All of your interactions, your credit card swipes, web searches, locations, likes," the preview continues. "They're all collected in real time into a trillion-dollar-a-year industry." Yikes.

The Great Hack trailer then dives into what happened with Cambridge Analytica, explaining that the British political consulting firm worked for both the Trump and Brexit campaigns and "started using information warfare."

Later, the preview jumps to Kaiser, who explains that companies like Facebook and Google are currently the most powerful companies in the world is because data has now "surpassed oil in value," making data the "most valuable asset on earth." The clip then alludes to why.

"We targeted those whose minds we thought we could change until they saw the world the way we wanted them to," Kaiser said. "I do know that their targeting tool was considered a weapon."

Then the trailer leaves viewers questioning everything when it comes to what they put out online. "These platforms which were created to connect us have now been weaponized," a voiceover states. "It's impossible to know what is what because nothing is what it seems."

Hopefully, The Great Hack will be able to reach a grander audience and warn individuals of what can be done with their personal data. And although the documentary focuses on the Facebook-Cambridge Analytica scandal, you should remember that it's not just one social media platform. It's all of them.

“It’s not just Facebook; it’s Google, it’s Instagram, it’s WhatsApp, it’s everything,” producer Judy Korin said after the Sundance premiere. “This is pervasive and we need to find ways to, as a society, create regulation to protect ourselves.”