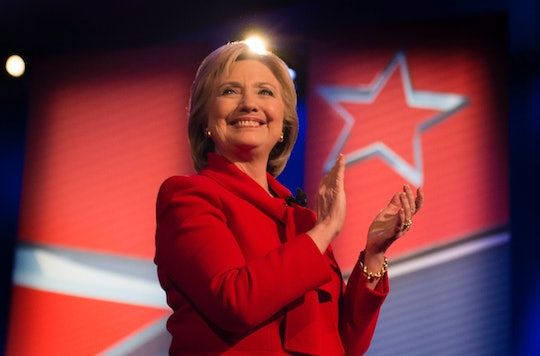 Anyone within earshot of a television or radio has undoubtedly heard plenty about the upcoming Super Tuesday elections. But, like most folks, you might also be wondering what the big hairy deal is, anyway. So, just in case you find yourself at a cocktail party over the week stuck talking to a bunch of political wonks, here's the history of Super Tuesday and why everyone cares so much about it.

This year's Super Tuesday is March 1. Twelve states and one territory will hold primaries and caucuses. Alabama, Arkansas, Georgia, Massachusetts, Minnesota, Oklahoma, Tennessee, and Texas will hold primaries, while Alaska, Colorado, and American Samoa will hold caucuses. That means for Republicans, 595 delegates are up for grabs, and Democrats have 1,004 on the Super Tuesday table. To put into perspective how important a Super Tuesday win is for any candidate: to win the nomination and move onto the general election Republicans only need a total of 1,237 to lock up the nomination and Democrats need a total of 2,383. Given those numbers, it's easy to see why cable news pundits put so much stock in those Super Tuesday elections.

Super Tuesday first became a "thing" in 1984 and was held on March 13 and at that time only included nine states. Since then, it's grown in number of states and delegates and national significance. The point in 1984 was, and still is, to force weaker performing candidates to drop out of the race so the political parties could start to rally around a single candidate leading into the summer's conventions. Super Tuesday is also the fist time political watchers get a sense of a candidates national popularity as opposed to how a candidate performs in a particular region.

With this year's contentious battles between candidates of both parties, Super Tuesday promises to answer questions about the viability of outside-the-establishment candidates like Donald Trump and Vermont Sen. Bernie Sanders.