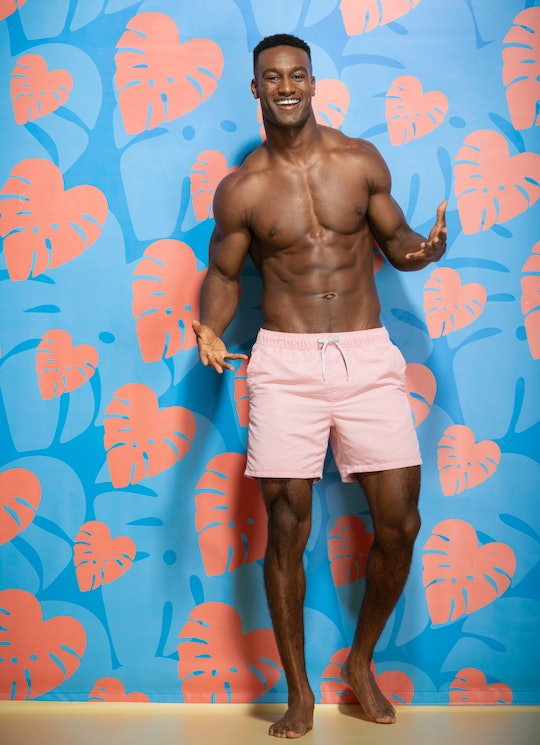 Don't Get Too Attached To Your 'Love Island' Cast

An American version of the UK's beloved Love Island is coming on CBS on July 9 at 8 p.m. ET. On the show, a bunch of singles are sent to live together in a house in Fiji and must pair up romantically with another in the house. The last couple to get voted out wins. My favorite thing to do before dating shows is to learn about the cast so I know who to root for. The Love Island cast is an interesting one because some of them have very different backgrounds.

I hope you're ready to get up close and personal with a brand analyst, a musician, a real estate agent and Love Island's own Grocery Store cutie, Zac. If I'm being honest, "Grocery Store Zac" doesn't have the same ring to it as "Grocery Store Joe" but I tend to root for anyone who seems like they might be a fish out of water on these shows, so I'll be watching him. While being a grocer has suddenly become one of America's sexiest professions, I'm honestly more interested in the day to day life of Weston, a rugged outdoorsman and photographer according to his official CBS bio.

Weston, a native Texan, is giving off some serious sexy cowboy vibes, and I bet he'll be very popular. Everyone loves a man with diverse interests. According to her official CBS bio, contestant Elizabeth is an advertising executive who joined the show because she's sick of swiping to find a date in Manhattan, which is totally relatable.

She's also not afraid to go for what she wants at any cost. Her bio says her life's motto is, "If it is something you want bad enough, then do everything you can to achieve it. Don't let things hold you back, and don't be afraid to go after the things you want." In general, that's a great rule to live by but on Love Island following that philosophy could cause drama among the women, which I'm not above watching.

Another Islander I'm curious to get to know is Caro. She knows three languages, and if one of them is Italian she might be drawn to Yeman because he's fluent. They can strategize without anyone knowing what they're saying. Or whisper sweet nothings to each other. Either way it's a win, so I'll be watching to see if that happens.

The goal of Love Island is to come away with a partner as well as some money. Apparently, the search is so intense that CBS will be airing an episode every weekday. Believe it or not, the network decided to give viewers a break that UK fans don't have, as the original version of the show airs seven nights a week.

I wouldn't get too attached to these Islanders right away though. Part of the game involves new people coming in as others are voted off all the time. Which means this cast is ever-evolving. I can't wait to watch people fight for love Hunger Games style. Who said romance is dead?