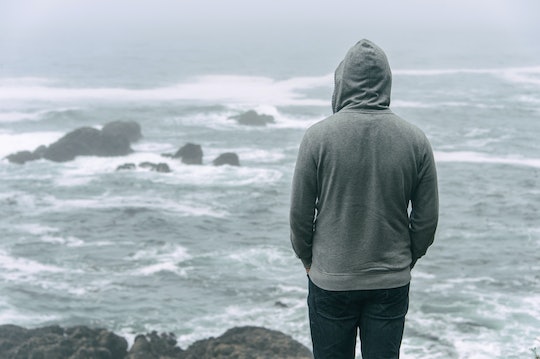 The Myth Of The Sad, Misunderstood White Boy Who Just Needed A Girlfriend

Most of us know what it feels like to have no one to sit with at lunch. Or to not be invited to a party. Or to be teased by our classmates, rebuffed by someone we like, or humiliated in front of peers. These experiences are common while growing up; some even follow some of us into adulthood. These rejections sting, of course, and may cause us enduring pain. But we integrate them into our lives and, if we’re lucky, we become stronger for them. When young men commit school shootings, we often look toward their social lives for some clue that can explain their atrocious acts of violence. Bullying. Exclusion. Not fitting in. And one of the same explanations comes up again and again: the shooter didn’t have a girlfriend and he wanted a girlfriend.

The leap was even easier to make on Valentine’s Day this year as an ex-student allegedly opened fire on students at Marjory Stoneman Douglas High School in Parkland, Florida.

Take Elliot Rodger, the 22-year-old who killed six people near the University of California Santa Barbara. His 140-page manifesto began with the declaration, “All of my suffering on this world has been at the hands of humanity, particularity women.” The “suffering” he referred to was being a virgin — a situation he blamed solely on women. He filmed a video in which he railed against “all you girls who rejected me, treated me like scum while you gave yourself to other men.”

We do not owe men anything.

More recently, Nikolas Cruz, the 19-year-old who killed 17 people at a high school in Parkland, Florida, repeatedly threatened his ex-girlfriend’s new boyfriend with racist and homophobic taunts. And yet Cruz and the ex-girlfriend had been encouraged to break up by both their mothers “because it was unhealthy for everyone,” according to a Department of Children & Families report quoted by the Miami Herald.

It’s not difficult to understand why teenage girls would avoid someone like Cruz, who posted photos of dead animals on social media and harassed a male classmate who dated his ex. Or someone like Rodger, who made his disgust about his female classmates’ sexual behavior — that is to say, demonstrating agency over their sexuality — well-known. Yet we’re quick to suggest that if only these poor boys were shown more compassion, they would not have acted out with their violence.

Ahead of the March 14 school walkout, in which students across the nation dedicated 17 minutes to the 17 lives lost at Marjory Stoneman Douglas High School, a retired school teacher, David Blair, published a post on Facebook advocating for students to “reach out” to the lonely kid instead. The idea reached a larger audience when middle-school teacher Jodie Katsetos urged students in her classroom to “WalkUPNotOut,” and the hashtag began to trend. On a whiteboard, she suggested students “walk UP to the kid who sits alone and ask him to join your group, walk UP to the kid who never has a voluntary partner and offer to be hers … walk UP to someone and just be nice."

In fact, the idea that boys and men require special attention is everywhere.

But that idea is destructive, and has rightly been called out.

The #MeToo and Time’s Up movements, and the #YesAllWomen movement before them, have been integral in dismantling male sexual entitlement. They show women, especially young women, that we do not owe men anything. Further, the idea that women need to disarm men in an emotional sense is a road that can lead to emotional abuse.

It’s dangerous for young women, especially, to conflate kindness with with affection or attraction.

It’s possible to feel empathy for a young man like Cruz, who clearly suffered from mental health issues and had lost both his father and mother at a young age. But his classmates, who were worried by his behavior — like showing off his weapons on social media and getting into physical fights — were behaving rationally by keeping away. So the myth that every boy should get a Valentine, so to speak, is a confusing message to send at a time when we are delineating boundaries.

Calls to bring more kindness into schools and social settings are well-intentioned, but it’s dangerous for young women, especially, to conflate kindness with with affection or attraction.

As Danielle Campoamor wrote on Romper last week, “Suggesting to our children that they are somehow failing their classmates, teachers, school staff, and parents, by not befriending someone who makes them uncomfortable, is a form of victim-blaming.”

One part of the problem is the set of strictures still placed around boys when it comes to talking about their emotions and their pain — the idea that they need to bottle up their pain for fear of seeming weak, or that aggression and violence are their only emotional outlets. This is a concept called “toxic masculinity” and discussions of it come into the mainstream just about every time there is a mass shooting.

More work needs to be done to tell boys — and men — that vulnerability is OK and feelings — even hard and complicated ones — are OK. And that work needs to be done a lot sooner than high school, with parents, early childhood caretakers, educators, sports professionals, religious leaders and pop culture.

The onus to prevent young men with anger, entitlement and access to an arsenal from exploding should not fall on their 16-year-old female peers.

As a Parkland teen “NeverAgainSophia” has written on Tumblr, Valentine’s Day began dappled in the tricky, hopeful interactions that characterize adolescence:

i remember showing my friends a note a boy had given me the day before and getting advice on what i should do next. we agreed i should write him one too, and give it him the following day.

Her account is that of a teen who understands her own will; whose emotional complexity is far broader than the calls to “reach out” to the loner kid that have dominated social media in the weeks following the massacre. And it’s a rebuke of the idea that kids need to give more of themselves to end the epidemic of school shootings — this teen, who lost a friend in the shooting, knows that young adults are already giving their lives.