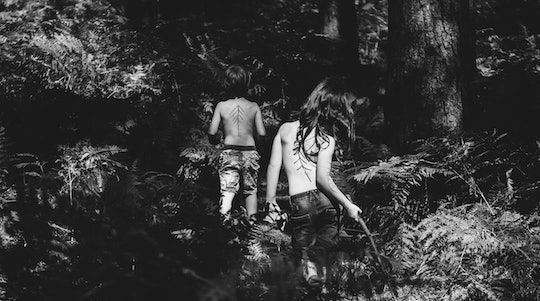 It (hopefully) goes without saying that anyone raising a son should be stressing a pretty high level of respect for women. (And yes, for all people, but let's be real, men are automatically granted respect and full personhood by society in general, so we don't really have to go out of our way as parents to teach our kids how to respect men in the same way we do women because they're already growing up in a world where men are people and women are pretty toys. Glad we got that out of the way.) The point is, Millennial moms care about this super important issue maybe harder than any other group, and they've really run with it. In fact, Millennial feminists are largely making it a priority to raise their sons to respect women, in part because, as hard as we try to strive for it, respect is still something that is hard to come by as adult women. Like, weren't our moms and grandmothers fighting this fight for us? How do we still have so far to go? And thus, our dedication to making sure the next generation is made up on as many women-respecting men as possible. Because, seriously, enough already.

The ways millennial feminists are raising their sons to respect women is a collection of little things that, together, make up the very big picture.