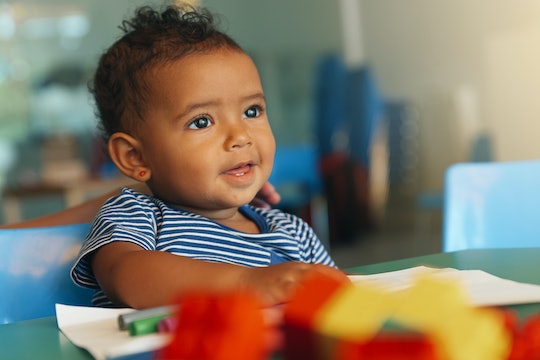 These 3 Chinese Zodiac Signs Are Destined To Be Successful

Are you ready for the Year of the Dog? Friday, February 16, will mark the start of the Lunar New Year. It's a time for colorful parades, fireworks, and of course, pouring over what the new Chinese zodiac year will bring. In Chinese culture, a person's zodiac sign is a pretty big deal. It is commonly believed that the year of your birth heavily influences your personality traits, physical attributes, and mental abilities. It is even believed that your zodiac sign predicts your success in life and love. So what are the most successful Chinese Zodiac signs according to experts?

The Chinese zodiac is based on a 12-year cycle, with each year tied to a different animal that is linked to distinct characteristics. To fully understand your zodiac sign, you must know The Legend of the Great Race. In the tale from ancient China, described Lunar New Year Houson, the Jade Emperor declared that the first 12 animals to finish the race would have a calendar year named after them. During the race, the animals had to swim across a river, and even though the rat couldn't swim, he used his wits to convince the friendly ox to let him ride on his back. As soon as they had safely crossed to the other shore, the sneaky rat jumped off and sprinted across the finish line, winning the race. That is why the Rat ranks first on the calendar.

The other animals to finish (in order) were the ox, the tiger, the rabbit, the dragon, the snake, the horse, the goat (or sheep), the monkey, the rooster, the dog, and lastly, the pig, according to Gaia. So if you consider the results of the race, it would be easy to assume that the Rat, the Ox, and the Tiger would be seen as the most successful signs. But not so fast!

It is actually the Dragon that claims the top, most coveted spot of 'Most Successful Sign'. When Chinese fathers have sons, they hope they will be born in the Year of the Dragon — a sign linked to courage and intelligence — reported Forbes. What's more, after analyzing the wealthiest 400 American's birth dates (and zodiac signs) Forbes determined that a whopping 11 percent were born in Dragon years, far more than any other Chinese zodiac sign.

But, in Chinese culture, the Rat and Ox come in second and third, respectfully, in terms of successful signs. Here's a closer look at the three most successful signs —the Dragon, the Rat, and the Ox — and what personality traits are commonly associated with each.