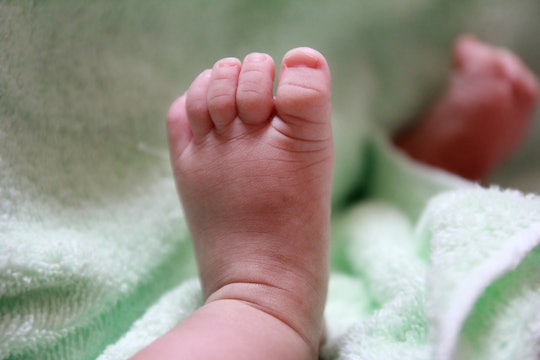 Here's How Many Premature Births Are Covered By Medicaid

Vulnerable groups of Americans rely on Medicaid for survival, the youngest of the bunch being premature babies. Quite honestly, the number of premature births covered by Medicaid is massive, and even greater than the number of premature births that are covered privately. If such support were to go away, it's hard to figure out how the costs would be met, how mothers would get needed help, and how their babies would be taken care of.

According to a November 2016 study from researchers at the George Washington University Milken Institute School of Public Health and the March of Dimes, "Medicaid programs cover a higher proportion of preterm births than private insurance plans." After analyzing births from 2010-2013, researchers found that, whereas Medicaid covered 48.8 percent of premature births, private insurance covered 42.1 percent of them.

Of the estimated 380,000 premature births in the United States per year, then, about 185,440 are covered by Medicaid and around 159,980 of the babies are covered by private insurance. Given the current plans from the GOP and the Trump administration to cut Medicaid funding, many are wondering what would happen to the 185,440 babies that would have had support under the Affordable Care Act.

Medicaid help extends through a premature baby's costly NICU stay that can easily reach $50,000. In some cases, the numbers get into the six and seven-figure range. For many families, these amounts are budget-breaking, and would set them back financially for decades.

Stacy Stewart, the president of the March of Dimes, explained why Medicaid is so vital in a PBS News Hour interview this month, sharing that the program "generally covers a lot of low-income women who are pregnant and making sure they have the help they need in prenatal care and also in delivering the baby." Stewart went on to emphasize:

If a baby is born too soon, born premature, if a baby is born with low birth weight or a baby has defects, Medicaid also covers many of those babies as well. So it ends up covering a lot of the babies and providing the support that many women and families need to make sure they can have a healthy pregnancy and have the support that babies need if there are complications.

Prenatal coverage, delivery, and intensive stays in the hospital add up, and Medicaid currently assists a large portion of these amounts. Low-income Americans and their 185,440 babies deserve to be taken care of and shouldn't have to suffer crippling debt as a result of a premature birth. Period.