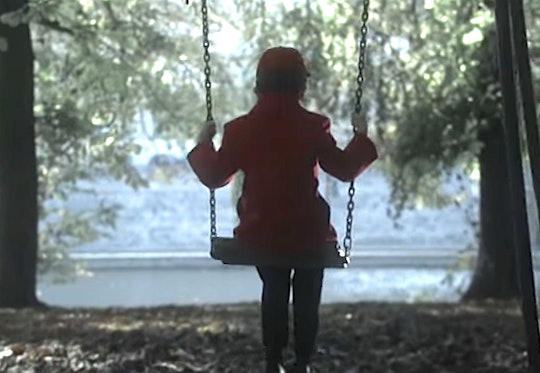 'The Omen' Prequel Confirmed, Just In Time For Mother's Day

Have you ever had an off day with your kid and thought — this dude isn't the son of Satan... right? Maybe checked his scalp for the telltale Sign of the Beast in there somewhere? Well, if you haven't yet... get ready. The Omen prequel has been confirmed, just in time for Mother's Day.

For those of you who have never been exposed to the sheer mother terror that was the The Omen, here is a little bone-chilling rundown for you. There is this little boy named Damien. He is adorable in a "sleep with one eye open" sort of way. Damien is born to a wealthy, powerful American couple in Rome, except he is not really their kid. He was switched at birth with the lovely couple's regular baby, on account of he was a demon and he needed some nice digs for his rise to power.

The original movie was released in 1976. It was directed by Richard Donner and starred Gregory Peck as the American diplomat dad to little Beelzebub who later realizes he was duped and sets out on a mission to murder his child. A fairly respectable remake starring Liev Schrieber was released on June 6, 2006 (Number of the Beast, get it?) and, despite having already seen the first movie, the reboot gave me nightmares for at least three nights.

20th Century Fox recently announced plans to develop a prequel to the original panic-inducing thriller called The First Omen (no!), with a script written by Ben Jacoby. Fox Television is also producing a series for A&E called Damien, with Glenn Mazzara of The Walking Dead at the helm. Which means we are looking at demon spawn overload here, people.

In the spirit of The Omen, I thought it might be a nice idea to go over a few telltale signs that your kid is (or isn't) spawn of the Demon. (You are welcome in advance.)

2. When guests come to his birthday party, do they buy him a stuffed Henry Hugglemonster? Or gleefully hang themselves from the rafters for his viewing pleasure? Possibly demon.

3. When you are playing hide and seek together... are you genuinely frightened to find him because he makes these sorts of faces? Possibly demon (or just weird, don't jump to conclusions, guys).

4. Does he watch you sleep and if so, are you afraid to open your eyes?

Side note: This one is probably pretty normal, actually. My kids used to wait for me to crack an eyelid so they could scream "Fruit Loops!" at me. And I've checked all of their scalps, no numbers of the beast. They're just always hungry.

5. Last but not least, when you tell him you're going to church, does he grumble a little and go along with you, or look at you like this?

So there you have it: Two early Mother's Day presents rolled into one — a fantastically scary Omen prequel, and a primer on how to tell if your child is the Antichrist. Hope you enjoy it (and don't find any telltale signs)!