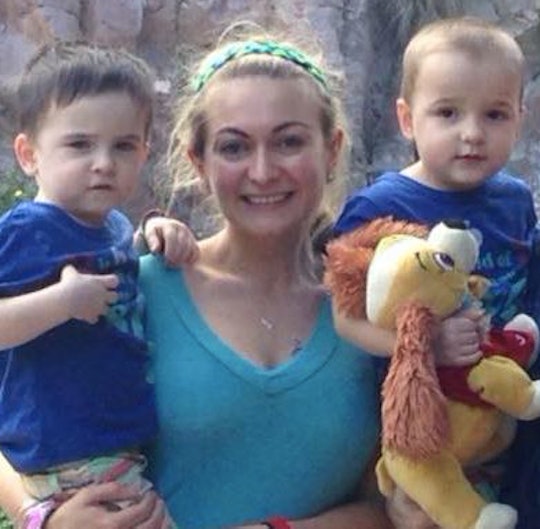 I've always been a good girl. I never had a single detention in school; I've never smoked a cigarette; I never tried any illegal drugs. I've never even gotten a speeding ticket. My tendency to follow the rules, however, didn't stop me from having a normal, healthy sexual appetite as a teen, but when I was 17 I was nearly arrested for buying a vibrator underage. It was one of the final days of summer before my girlfriends and I went our separate ways to college, and we were bored, which is how all bad ideas generally start. So even though I was only 17 to my friends' 18, I agreed to go to the seedy sex store in town with them because I was curious.

The sex store was extremely disappointing. Unlike cleaner establishments I've visited since that fateful day, there was no one checking IDs at the door, so I got in without an issue. Instead of the skimpy lingerie and flavored body lotions I'd been hoping for, it was just us, four young girls in a small room filled with X-rated DVDs, and a few middle aged-men who were trying (and failing) not to stare at us.

As I grew up and realized that everyone masturbates, I've had a ton of laughs over what happened, but now that I'm a mom I think about it as more than just a silly story.

The clerk was too busy looking at our chests to glance at our faces and see how young we were, so I purchased my new toy without incident. We headed out of the door, me clutching my plain brown paper bag, secretly thrilled with what I had just done, and decided to head next door to a doughnut shop to drown our disappointment with powdered sugar. But just as the store door closed behind us, a cop car pulled up. I did what any honors' student in my position would do: I ran.

In retrospect, I see how it looked from the officer's position: four young girls in a part of town known for drug use and one of them runs off with a paper bag into a doughnut place. I'm sure he thought I had drugs in there, not a plastic pocket rocket. After I took off, I stood just inside the door to the doughnut shop hyperventilating. I honestly wasn't sure what terrified me more: the thought of getting arrested or the thought of my parents finding out I masturbated.

After a few minutes, my best friend came to get me and said the police officer wanted to talk to me. She looked just as scared as I was and said nothing else, so at this point I really though there was an orange jumpsuit in my future. But when I got outside and the officer, a kindly looking middle-aged man who was around my father's age, asked to see what was in the bag, he was even more embarrassed than I was. "That's your business; that's your private business," he stammered as he turned beet red and scooted backwards towards the safety of his patrol car. He told us to go home and be safe, and with a squeal of tires, he was gone.

As I grew up and realized that everyone masturbates, I've had a ton of laughs over what happened, but now that I'm a mom I think about it as more than just a silly story. I take full responsibility for the fact that what I did was illegal. I was four months shy of my 18 birthday when I entered that shop, and I knew I shouldn't have been there. That officer would have been well within his rights to arrest me. Yet I was way more worried about word getting out that I liked to polish my own pearl, so to speak, than getting strip-searched during booking.

I don't want to pretend that I don't know why they're locking themselves in the bathroom for long periods of time or ask them why the towel can magically stand up by itself after they're finished with it.

What happened to me that day is the sole reason why I'm determined to talk to my sons about masturbation as well as safe sex. In the same way that I don't want them to be ashamed of owning condoms, I also don't want them to be ashamed of touching themselves. I know these conversations will likely be awkward, but part of being a parent is doing things that you don't want to, like scrubbing food off the walls or singing the ABCs 2,389 times in a row. And I plan to be respectful of my boys' boundaries and their privacy. I want to have an open dialogue with them, but I don't plan on walking in on them when I hear bed springs creaking to offer pointers or mortifying them with anecdotes of how their father does things in the bedroom.

But I do want them to know that masturbation is healthy and normal. If that means tucking a bottle of lotion into their Christmas stocking, then so be it. My husband and I have discussed when he first started to self-explore, and he said 11 was the magic age, so unless I overhear them joking about "choking the chicken" before then, that's when I plan to bring the topic up. I want them to know it's nothing to be embarrassed by plus, I don't want them to get scared the first time and think the fluids and sensations mean something is wrong with their bodies. I'm not going to make it a family trip, but I'll let them know that if they want to enter a sex store legally once they turn 18, I support them.

I don't want to pretend that I don't know why they're locking themselves in the bathroom for long periods of time or ask them why the towel can magically stand up by itself after they're finished with it. (Coincidentally this will also be when I teach them how to do their own laundry.) My brush with the law over a sex toy is a great memory of my youth, but it's not one I want my own kids to ever experience.