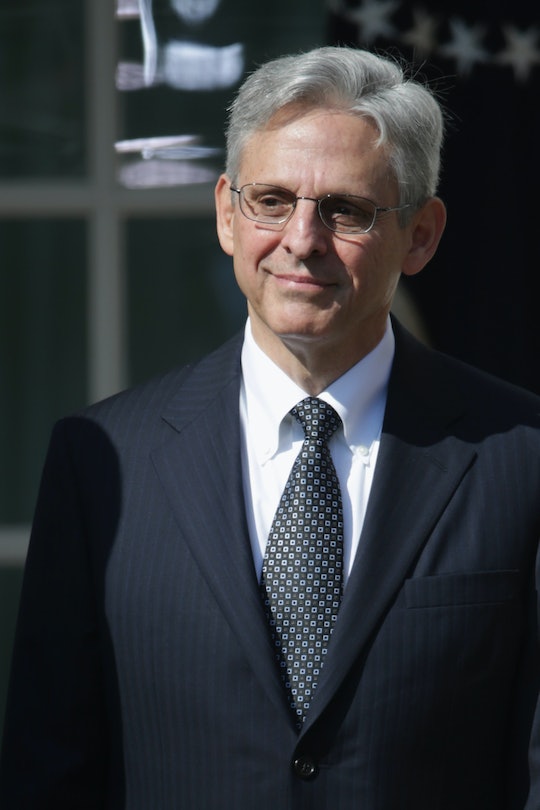 Justice doesn't always happen in the courtroom. It happens in the community. Justice starts at home, it starts on the streets where our kids play. It starts when we wake up every morning and make the decision again and again to do the right thing, even when the right thing is the hardest thing in the world. I think justice will be well served by President Obama's nominee for the office of Supreme Court Justice. And the one reason Merrick Garland will be great for the Supreme Court? He understand that justice is served every time you serve your community, every time you follow through with a promise, every time you put the needs of someone else ahead of your own ego.

In a press conference at the White House on Wednesday, Garland got choked up talking about his parents and the sense of public service they instilled in him at a young age.

"As my parents taught me by both words and deeds," Garland said, "a life of public service is as much a gift to the person who serves as it is to those he is serving. And for me, there could be no higher public service than serving as a member of the United States Supreme Court."

Garland was chosen by the President not just as the smartest political choice based on his history of bipartisan popularity, but as a thoughtful, modest judge with a history of making public service a priority. As Obama said in a press conference announcing Garland's nomination at the White House on Wednesday:

I've selected a nominee who is widely recognized not only as one of America's sharpest legal minds, but someone who brings to his work a spirit of decency, modesty, integrity, even-handedness and excellence. He is uniquely prepared to serve immediately.

Service seems to be an overriding theme in the life of Garland. Growing up in Illinois, his mother was a strong community volunteer and his father ran a small home business, according to a White House release. Sure, he went to Harvard Law School but it was on his own steam. He sold his comic book collection, worked summer jobs, and won scholarships. He mentored undergraduates as well and continues to work with children to this day. For the last 20 years, Garland has tutored second, third, and fourth grade students in reading and math in Northeast D.C. This he has done while sitting as Chief Judge for the U.S. Court of Appeals for the D.C. Circuit, widely considered the second most powerful court in the country.

Beyond working with children and standing for integrity in the court system, Garland has shown compassion and empathy for victims of the Oklahoma City bombings far and above his job. He kept in close touch with the victims' families for years after.

It seems that the worst thing critics can say about Judge Garland is that he is a moderate. That his political leanings are hard to identify. That he is a centrist with both conservative and liberal records.

Perhaps that's because he has been too busy living a life in the service of others to really chisel out his political game.