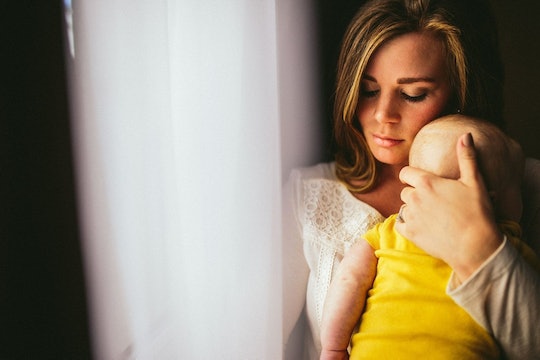 The One Thing Friends With Different Parenting Styles Need To Hear

You guys, I don't know if you've figured this out yet or not, but parenting is hard. It's so hard, especially when trying to find common ground with other parents. Even being able to relate to your own friends with different parenting styles can be difficult. It's not uncommon for friendships to be affected once babies enter the picture, but that change is more than capable of being positive and assisting a friendship to grow, rather than sour, if we could all just hear one another out when it comes to the ways in which we've chosen to raise our kids.

Whatever decision a mother or a father makes for their family is probably made based off of what they feel is best, because isn't that what all parents want? What's best for their family? So, why is it that we're still arguing over different parenting styles? Why are people still trying to push their own agendas and ideas onto people that are perfectly capable of raising their own children? I honestly think, a little bit of it (at least) has to do with fear. We all want to do the best we possibly can for our children, so when we see someone doing something different, we're quick to become defensive because, well, we're afraid their way is actually better.

The truth is, though, there are so many different ways to raise a capable child. As long as that is the end goal for all parents, we shouldn't be critiquing the roads they take to get there. I've got several friends with kids and we all do things a little differently. If I'm being honest, I have to admit that there have been times when I've second guessed how someone else was parenting their own kid, up to and including my own friends, whom I love and respect and admire. There is no manual on what to do when you think your friend is messing up her kids, so I would begin sentences with "Oh, I would never," or, "We didn't have to deal with that sort of thing," like a completely insensitive jerk. I made judgments based off of comparisons between the way I raise my kids and how my friends raise theirs, which is completely unfair; not only are we individuals as parents, but our kids are unique and different, too. What I do for my children might not necessarily be right for what my friends want or need to do for their own, and when I think about the fact that they might have judged some of my own decision making, I realize that having my parental aptitude questioned sort of (read: definitely) sucks.

I realized that I had potentially (and almost certainly) been a jerk after my second son was born. He was not an easy baby, and some of the things that were so effortless with my first son felt absolutely impossible when it came to my second. I realized that my boys could not be more different, and that it was unfair of me to expect the same things from my second that I did from my first. This lead me to question how I was doing (as a parent in general) in the first place, and confiding in many of my mom-friends for answers or guidance or even just peace of mind. While talking to them about some of the issues I was having with my son, I realized that I had many of the very same complaints that they did; the same complaints that I had smugly dismissed because I hadn't experience them myself, until my second made them a reality. My friends never once made me eat my words, which is something I am forever thankful for. Instead, they supported me; and they listened to me and they offered their advice without ever judging me for having previously judged them.

All of this made me realize that although we may have varying opinions when it comes to how we rise our children, we are all on the same team. The one big thing that friends with different parenting styles need to do for one another is to support each other.

And although showing support is great, sometimes we need to actually hear, "I support you and I'm here for you."

You don't have to agree with everything that your mom-friends say and do, but you do need to give them your unwavering support. My oh-so-amazing friends helped teach me this lesson, and I will never again question someone else's methods of raising their own kids, because that's just not my place.

We should make it a point to support our friends that are in the parental trenches, right along side us. Chances are, they're just as frustrated and overwhelmed and filled with self-doubt, as we are. Letting someone know that they're doing a good job, and that you've got their back, might be exactly what they need to hear when they feel like they're failing this whole parenting gig. I mean, at some point, don't we all feel that way?