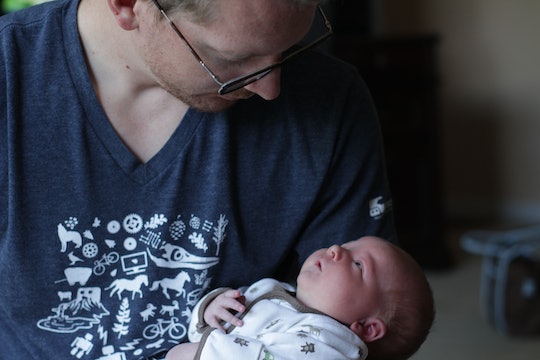 I had spent at least nine months envisioning what it would be like taking my newborn home for the first time. I had spent an ungodly amount of time looking at gorgeous, high-end nurseries online, and dreaming of those first days spent in blissful, exhausted awe. People told me to treasure those first days. Soak it all in. They spoke of love and teeny-tiny pajamas and mastering the art of diapering. It was all sunshine with a dash of warning about getting enough sleep. Easy enough. People told me that even if I didn't feel like I was, I'd be ready, magically endowed with the knowledge necessary to care for my brand-new babe. Whenever I felt an inkling of doubt, I was quick to remind myself that my motherly instincts were on the way. Women have been caring for babies since the dawn of time, I’d tell myself. You’ll be fine. But the one thing no one tells you about taking home a newborn is that you don't wake up after giving birth and feel ready. Sometimes, you have no clue what to expect.

I went into birth feeling confident and ready to meet my newborn. However, when my birth didn’t go according to plan, I felt exhausted and traumatized — not nearly as ready to waltz out the door with my new baby as I thought I would be. I could barely stand up. I needed help washing myself in the shower. How was I supposed to care for a new baby like this?

I didn’t feel that sudden kick of maternal instincts setting me into confident motion. I felt frozen with fear.

After a quick night in the hospital, struggling to breastfeed and keep up with all the family flooding in and out of my recovery room, I wasn’t feeling fine. I stared at the discharge papers in front of me and considered leaving them unsigned to prolong my stay. I wasn’t ready to take my baby home. I wasn’t ready at all. He was so small, so fragile. I was hormonal and physically wrecked. How on earth could they let me just walk out the door with him? I hated the cramped confinement of my recovery room, but at least I felt safe here. There were medical staff to help if something were to happen. I didn’t know what I thought might “happen,” and that’s exactly what made me so frightened. I didn’t know what to expect or what was normal.

I didn’t feel that sudden kick of maternal instincts setting me into confident motion. I felt frozen with fear. I buckled him into his car seat, wondering if we had done everything right. I sat in the backseat with him, holding his head steady because his head rocked back and forth too much on the five-minute ride home. Was this normal? Did this happen to every baby? I was already overcome with anxiety, and we were only on day one.

When I imagined taking home my newborn, I assumed it'd be all wonder and a steep, but manageable, learning curve. No one told me about the fear, the debilitating certainty that I was doing everything wrong. No one told me how often I would check to make sure he hadn’t suddenly dropped dead, or how the baby books would say nothing about the frightening abnormalities in their breathing patterns. No one talked about how the fierce love and desire to protect him came coupled with an overwhelming feeling of helplessness, because there is so much you have no control over.

I am sure there are mothers out there to whom parenting comes naturally, and I always thought I would be one of them. Instead, I was horrified to find that I had no motherly sixth sense of when something was amiss.

I am sure there are mothers out there to whom parenting comes naturally, and I always thought I would be one of them. Instead, I was horrified to find that I had no motherly sixth sense of when something was amiss. For all my anxiety, I couldn’t tell when to call the doctor over my fears. I took my son in for his three-day appointment only to find that he was severely jaundiced. I thought he had merely inherited my mother’s olive Indian complexion. But after the pediatrician looked at him, he was admitted back to the hospital, where he spent the remainder of his first week in the world. My anxiety bloomed as nurses filed in and out, worrying over his bilirubin levels — speaking a medical lexicon I didn’t understand.

I thought I was the only mother in the world without motherly instincts and an innate knowledge of newborns. I felt so lost and so confused. And looking back, I wish someone had told me that my instincts would kick in eventually. I wish I'd known that developing that sixth-mom sense could take a while, and that I'd surely get there someday. I wish I had known, as I went home with my newborn for a second time, that it was OK to feel scared. That it was normal.

It took me well over a year to feel like I was getting the hang of motherhood and developing those “instincts” that helped me home in on my child’s needs. The advice I got about those newborn days was good and accurate, but I wish someone had told me about what it'd be like when I didn't immediately feel a knee-jerk reaction to every little thing my son did. I wish I'd known I wouldn't know what to expect, and that feeling this way was totally normal. It was important to soak it all in, to live in awe of the life I created. I just wish I'd known it was also OK to feel uncertain about every little thing and to ask for help. Motherhood is a leap of faith, and it’s fair to feel scared as you hang in mid-air, stepping over the threshold as mother. And after having three kids, I know that now. I just wish I'd known it then.