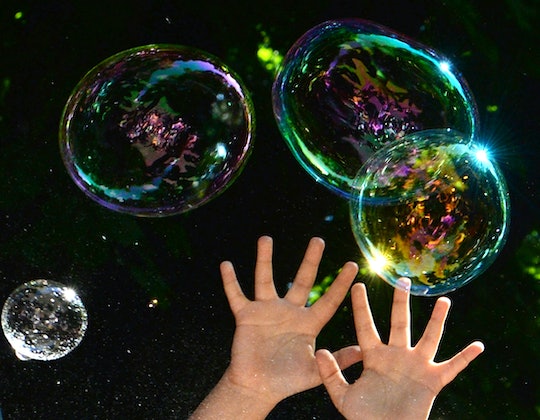 The One Thing We Need To Stop Saying About Autism

We humans are pretty new at this autism business. It wasn't a condition the medical community was equipped to diagnose until the 1940s, and it is still plagued with misconceptions. What causes autism? Can people with autism become violent? How is it diagnosed? There isn't anything wrong with asking questions, of course. Education is the key to understanding. But there is one thing people need to stop saying about autism; let's stop calling them ill. Stop saying they need to be "cured," stop using them as statistics and comparing their condition to mental illnesses like Alzheimer's Disease.

As for the questions, here are a few answers for you. Autism is a neurological disorder, not a mental illness. People with autism have different neurotransmitter levels and unique brain structures. There is a spectrum (or continuum) for autism, and those living within this spectrum are unique. While many struggle with social cues and conventions, most also benefit from something called "splinter skills;" a high level of ability in at least one or two areas of interest. Scientists are still trying to determine the precise cause of autism but have ruled out a few key suspects. For example, "refrigerator" parenting (a parent who could be considered emotionally distant) does not cause autism. And a 1998 study that concluded childhood vaccines cause autism has since been recanted. Scientists suspect genetics could be one of the causes of autism but have yet to find definitive proof.

People living with ASD (autism spectrum disorder) struggle in very real, very different ways. Some might have difficulty with eye contact, or balance, or sensory sensitivity. Others might display behavioral issues and have poor communication skills. There are a few different types of autism included within the spectrum like Asperger's Syndrome, Rett Syndrome, Autistic Disorder, and Childhood Disintegrative Disorder. It's important to remember the word "spectrum" here, because while some people diagnosed with ASD may find the condition debilitating, many people living within the spectrum are living full, happy lives.

Eric Garcia is a political reporter for Roll Call, but he previously worked with the National Journal. His work requires a high level of social skills (as you can imagine when dealing with politicians) and a keen eye for picking up on the subtleties of non-verbal social cues. He also has autism. In a piece he wrote for the National Journal, Garcia explained the one thing he doesn't want to hear about ASD anymore in one perfectly simple sentence, "I am not broken."

Sure, ASD might cause Garcia to struggle with social cues. But he also benefits from it: "My ability to myopically focus on singular subjects helps me to learn about things like the intricacies of tax policy or the latest polling numbers coming out of Iowa," he wrote.

"I’m hardly the only person with autism who has ended up pursuing a career in Washington; people with autism are, after all, everywhere in the world. Yet despite our presence in D.C., the political conversation surrounding autism is often maddeningly disconnected from our lives."

The numbers for patients diagnosed with ASD are climbing, with one in 68 children now living within the spectrum. Each person with ASD is different, sort of how every person everywhere always is different. So perhaps it's time to start treating each person like the individual they are and celebrate the "exceptionality" that is so often the beautiful by-product of ASD.

Instead of thinking "cure" when we think of ASD, perhaps we should be thinking of how to offer aid to better the lives of people who might be different from "normal" (what a terrible word that truly can be) but bring some diversity to our world. Maybe those not on the spectrum should start asking how they can be better and more understanding rather than how they can make those who are different more like them.