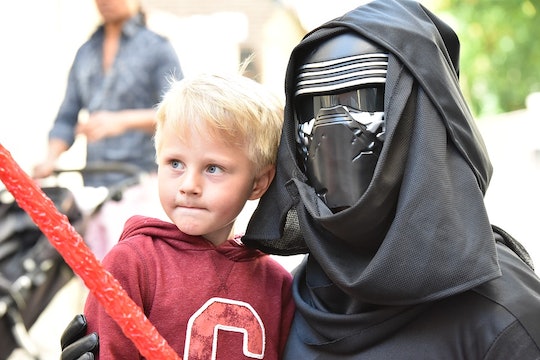 What Are The Origins Of Revenge Of The 5th?

If you want to find the bright side of humanity, just stop and think about how many honorary holidays people observe. It's hard to feel down on the human collective when you see the smiling face of folks joyfully indulging in a slice on National Pizza Day or posting selfies with their bestie on Best Friends Day. These type of days bring out the celebratory spirit in each of us, even when the festivities are surrounded by the Dark Side. Although the origins of Revenge of the 5th are piggybacking off May the 4th, this day has taken on it's own distinct meaning and found its place in the Star Wars community.

To understand where Revenge of the 5th originated, you need to know about May the 4th. It seems that Star Wars fans run a super tight pun game, since both of these unofficially holidays are a play on words related to the films. May the 4th became the day to commemorate Star Wars when someone realized it sounded a lot like what is arguably the most famous quote from the film, "May the force be with you," as the official Star Wars website explained.

With fans on fire from May the 4th, it only made sense to keep the party going for one more day, which is how Revenge of the 5th came to be. But this time the inspiration came not from a quote, but a movie in the series, Star Wars: Espiode III - Revenge of the Sith. "Sith" sounds similar to "fifth" and since it's the day after May the 4th, honoring this day felt like something Yoda himself would decree. According to the website, Days of the Year, "because it immediately follows Star Wars Day, Revenge of the Fifth is meant to be a day for fans to pass over onto to the Dark Side – for one day, at least."

Revenge of the 5th was created in the spirit of fun and ultimate fan celebration. Star Wars lovers everywhere can celebrate by watching films from the franchise and indulging in their favorite villain without feeling guilty about turning their back on the Jedi way. After all, it's only one day.