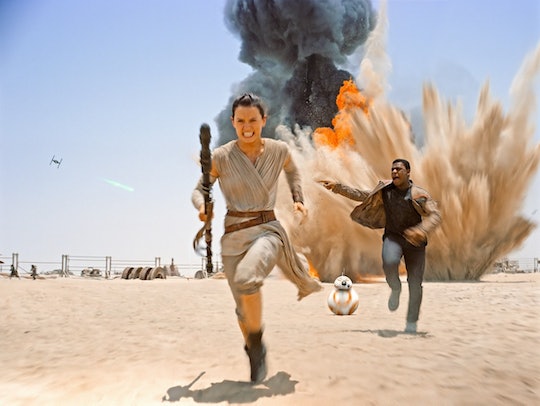 What Is May The 4th?

If you've ever been online on May 4, you may have noticed an unusually large amount of Star Wars photos, memes, quotes, and GIFs surface on social media. Year after year, my Facebook and Twitter feeds are filled with friends and acquaintances celebrating what has become known as Star Wars Day. But those who don't know BB-8 from R2-D2 may be wondering what is May the 4th and why does it lead to so many memes?

As a moderate Star Wars fan (is that a thing?), I've joined in on the GIF explosion for the past couple of years. What is largely a celebration of the beloved movies created by George Lucas, Star Wars Day began as a grassroots effort by fans who loved the easy pun of converting popular movie catchphrase "May the Force be with you" into "May the Fourth be with you."

According to The Verge, the holiday wasn't actually created by Lucasfilm, though the official Star Wars website has fully embraced this fan-made holiday and now encourages fans to take advantage of various Star Wars-related deals across the web. But that's not the only way to celebrate this beloved franchise. Below are seven ways that you can celebrate the special day.