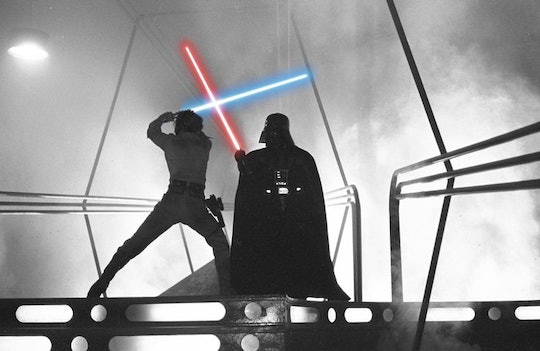 33 'Star Wars' Memes To Celebrate May The 4th

The internet is a pretty magical place, especially for Star Wars fans. There's no better way to celebrate Star Wars Day on May 4 than with some May the 4th Be With You Star Wars memes and you can thank the internet for every last one.

According to Time, the Iron Lady herself is apparently responsible for May 4 becoming Star Wars Day. Margaret Thatcher was elected as Prime Minister of England on May 4, 1979, just two years after Star Wars was released. That evening, an ad in the London Evening News read, "May The Fourth Be With You, Maggie. Congratulations."

If I could find the person that came up with that ad line and give them a hug, I would. Because you know what? Star Wars is amazing and deserves its own day. And as the world continues to freak out about the latest Star Wars film released last year, along with its undying love for the original films, it makes this May 4 even more special. If you haven't seen Star Wars VII yet, I suggest you get right to it before the movie is ruined for you with social media's outpouring of May the 4th Be With You memes. But if you have seen it and you're ready to spread the love of your favorite saga, here are 33 Star Wars memes perfect to celebrate the day. As always, may the fourth be with you.