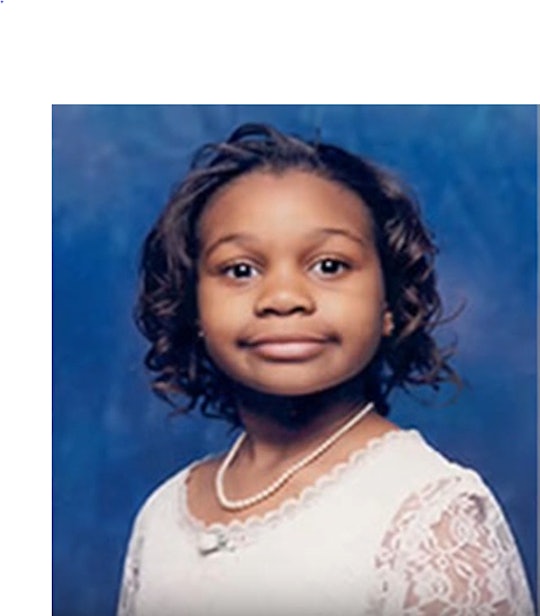 Asia Cottom was getting ready to experience the trip of her young lifetime 17 years ago. She was one of just three exceptional students who had been chosen to go an an incredible four-day field trip through National Geographic. Asia, two other students, and their individual teachers were flying from Washington, D.C. to California to visit the Channel Islands National Marine Sanctuary in Santa Barbara, California, as ABC News affiliate 13 News Now reported. They never made it; their flight was hijacked by terrorists and crashed into the Pentagon. Her parents never saw her alive again. But those parents found a way to honor the 11-year-old victim of 9/11 in a truly inspired, thoughtful way.

As a parent, I think about what it must have been like for Asia's parents, Clifton and Michelle Cottom. About sending your daughter off for this amazing adventure, her future bright and full of possibilities, and then to lose her. So terribly. Asia was one of 64 people on board American Airlines Flight 77 who died when the plane was commandeered by terrorists and crashed into the Pentagon. Suddenly the Cottom family had to try to figure out how to live without their daughter with "infectious grin," as mom Michelle recalled to 13 News Now. "She had a beautiful smile and she was always smiling. She was just into everything. She walked fast, learned fast, everything."

Bereft without their daughter, the Cottoms went into mourning. But they had to continue on, as Michelle told Upworthy in 2014. To make sure their 17-year-old son Isiah would be cared for, and to honor their daughter's memory. Michelle told 13 News Now that she and her family struggled terribly to come to terms with losing Asia, especially when her grief was shared by so many:

Because it was so public and so tragic, everybody was falling apart. Just trying to keep them and help them have faith and try to understand something that we didn’t understand either… I think that it took probably years for me to actually start grieving. A lot of years.

In the months after the terrorist attacks of 9/11, the entire world mourned the loss of nearly 3,000 lives in the attack on the twin towers of the World Trade Center and the Pentagon. And as they tried to grieve in private, the Cottoms were moved by the massive outpouring of support they received. Many times the support came from total strangers through the mail in cards, letters, and money. Rather than curling up and giving in to their grief (which would have been perfectly justified, by the way), the parents decided to start a scholarship foundation in Asia's name with the proceeds. As a way of acknowledging all of her academic success.

Asia Cottom was an above-average student with a bright future. When she died, she was in the sixth grade at Bertie Backus Middle School in Washington, D.C. Her parents noted on the scholarship website that Asia was full of joy, a student who loved to dance, was in choir, cheerleading, and was particularly gifted in science and math. A well-rounded human being who would have most certainly gone on to great things.

It's a terrible reality that her parents will never see her grow up. But the fact that they are making the dream of a brighter future come to fruition for other students in her name? There is clearly hope for this world yet.

More Like This
New Report Shows 80% Of Pregnancy-Related Deaths Are Preventable
What Parents Need To Know After DEA Issues Warning About "Rainbow Fentanyl"
Is 'Hocus Pocus' Too Scary For Kids Under 5?
15 Weird-But-Genius Products For Breastfeeding Parents