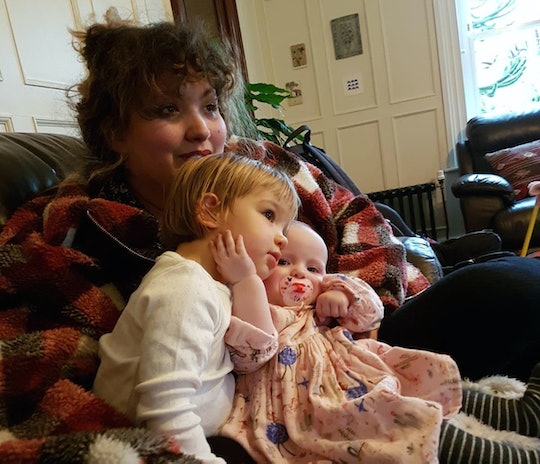 If I had to choose one parental proclamation from my childhood and adolescence that still haunts me to this day, it would probably be the pesky "I know what's best for you" adage. The expression seems to be a favorite of many parents faced with children who want to make their own choices. It certainly echoes in my own mind when I remember the nice boy I briefly dated in high school who got labeled a "slacker," or my revelation that I wanted to move to a big city, or the confession that I was disillusioned with religion, or my desire to walk to the park by myself at age 10. Those words were an easy way to shut down my thoughts and wishes.

Of course, the saying is often both harmless and true. When a toddler wants to run into the street without looking both ways, and mom says something like, "You can't do that. I don't want you to get hurt. You have to trust that I know best," well, she definitely does. In fact, there are plenty of times when parents genuinely have their children's best interests at heart. There are plenty of times when our age, and experiences, and knowledge of the world around us really do give us the tools we need in order to calculate what's best for our kids. Like, I know my 2-year-old shouldn't go to bed hungry, even if she's throwing a tantrum at the thought of eating because she just wants to keep watching Frozen.

There are other times, though, when a parent's repeatedly presumed wisdom ends up stopping their children and teens from learning to trust their instincts, foster positive decision-making skills, or simply think for themselves. There are times when prohibiting our kids from acting upon their desires backfires, creating an environment that doesn't allow for honest and necessary conversations; sometimes, creating an environment where there's no trust or openness at all.

I'm almost 28, and I still struggle to make the simplest of choices. Questions like "what do you want for dinner?" or "what should we do this weekend?" or "what movie do you want to watch?" are enough to send my anxiety swirling. My sense of self is fractured, and although it's something I'm actively working on improving so that I can better understand who I actually am, I cannot help but wonder whether things would've been different had I been encouraged to make decisions early in life. Had I felt freer to experiment with style, to date, to go out unsupervised or unchaperoned before the age of 18, to learn to make my own meals, or maybe to find my own spirituality (or lack thereof).

This is precisely why I'm committed to letting my own girls make tiny choices whenever possible. Although my youngest is only 6 months old and thus physically and verbally unequipped to make any decisions (except maybe which purees she likes or doesn't like), my toddler very obviously has a mind of her own. She can talk to us. She can make her feelings known, her thoughts heard, and her preferences understood. Even though her language is still developing, her personality blossoms more and more each day. She can share her interests with us.

So, we've started letting her make choices. They're simple things — things that, to some, may seem inconsequential. In the mornings, for example, I give her some outfit options and she chooses her favorite. She picks out shoes to wear with it, too. We do the same thing with food. We can ask if she wants to eat fish sticks, chicken nuggets, vegetable soup, or pasta, and she will choose what she's in the mood for. We can ask what toy she'd like to play with, and she'll find something. We can ask if she wants to go to the park or the play gym or to her grandparents' house, and she'll pick that, too (grandparents' house usually wins every time).

I'm still learning from all my decisions.

Our cultural narrative is one that typically presumes children and teens are incapable of making choices or thinking for themselves. Kids are "too young" or "too immature." Adolescents are "too hormone-crazed" or "stoned" or "careless." Ageism is a funny thing that way, in that it hates either side of our human timelines. It teaches us to belittle anyone who's not a legal adult, reducing them to mindless, juvenile little things who are way too naive to be trusted, while simultaneously reducing old people to pitiable beings who are similarly incapable of running their own lives. It's almost as if we're being told that we are only worthy of controlling our existences between early adulthood and late middle age.

In the case of kids and teens, though, I understand why a lot of parents are afraid to grant autonomy. We tend to love our children fiercely, which means our biggest fear is anything terrible happening to them. Logically, I know that someday, someone is going to hurt my daughters. They'll probably get their hearts broken, make some bad mistakes, or come home crying after a sh*tty day at school. It scares the hell out of me, because there's absolutely nothing I can do to stop any of it. There's nothing I can do to stop them from making some wrong turns, or hurting someone else, or hurting themselves.

To know that it's within our rights to make those choices is a powerful thing, though. To know that we deserve to grow in-tune with our instincts and wishes, and to pursue both, is a beautiful strength in a world that often still insists women are not as capable, or interesting, or clever as our counterparts.

Letting my toddler choose which dress she wants to wear now may not teach her all of this in the moment, but I have to believe that it's setting a foundation. It's a foundation that'll hopefully allow her to feel comfortable with being herself. With thinking for herself. With vocalizing her thoughts. With claiming space. With making bigger, harder choices when the time comes.