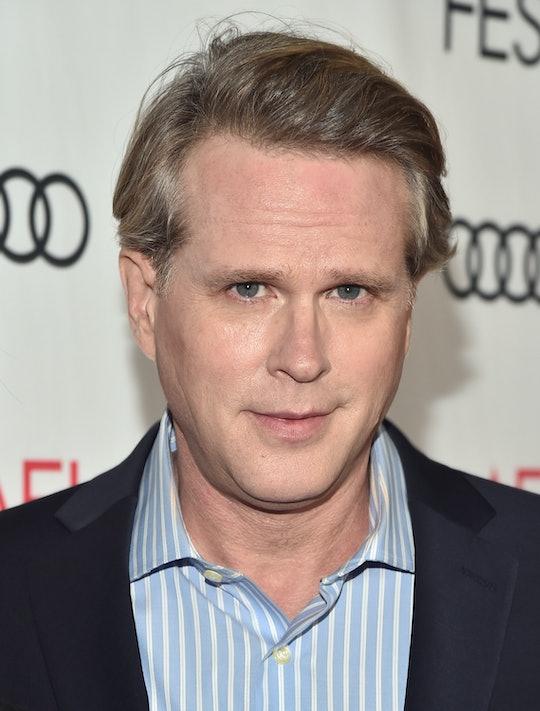 If you've been muting the commercials while watching the Golden Globes this year, then you are truly missing out. There was a Princess Bride water commercial during the Golden Globes and Twitter loved every minute of it. So did I, come to that. What this world really needs right now is more Cary Elwes reprising his role as Westley to sell us water filtration. If you haven't seen The Princess Bride, I'm not sure what you're doing with your life and you need to watch this right away. But in the movie, Elwes plays Westley, a handsome farm boy who tells Robin Wright (Princess Buttercup) "As you wish," every time she makes an unreasonable demand.

Of course, the secret is that when he says "as you wish," what he means is, "I love you." I haven't seen Elwes in anything in quite some time, and it's been even longer since I've heard a good Princess Bride reference, but it's still one of my favorite movies from my childhood. And it looks like Twitter felt much the same as I did upon seeing the movie being joked about in the commercial. I mean, it's been over 30 years since the movie was first released so it's not exactly timely.

The commercial starts out with Elwes and a little girl who is his daughter, and she starts asking him for things. She wants clean ice. She wants more bubbles. And she does not ask nicely. Elwes responds to each demand with his famous line, "As you wish." Finally, he hands his neighbor a glass of ice water, to which the neighbor says perhaps the film's other most famous line, "Inconceivable!" Elwes raises his eyebrows. The world in general smirks knowingly. It turns out this is a commercial for water! Who knew!

Some people were confused. I mean sure, whatever I was expecting from that commercial, it probably wasn't water.

Not everyone had a negative reaction, however. Many people were totally touched. So many people, myself included, have strong childhood warm and fuzzy associations with that movie. Pretty much any association with The Princess Bride is going to make me smile and think, "I'll buy whatever that thing is."

I don't know if this is the first time this commercial has been aired, but it certainly seemed like the first time many people had seen it. The company, Culligan Water, even weighed in on the spot with their own Tweet.

My favorite part of the commercial was probably the way Elwes said the phrase with the same earnest, loving gaze that made people all over the world swoon when he said it in the movie back in 1987. Sure, it seems like an odd way to sell water, but as I said before, you can use The Princess Bride to sell me pretty much anything. Advertisers, take note. It doesn't make any logical sense yet it is my new favorite commercial.

This wasn't the first time a commercial during the Golden Globes caused people to chat. Earlier in the night, Winona Ryder's hair commercial, stating that "everyone loves a comeback," caused everybody to lose it just slightly. Personally, I am down for both of these. Hey guys, you make that spokesperson money. I don't even mind that these ads are blatantly preying on my childhood nostalgia and love for all things adorable. And clearly, I am not the only person who feels this way. More The Princess Bride jokes please. I am 100 percent here for all of them.