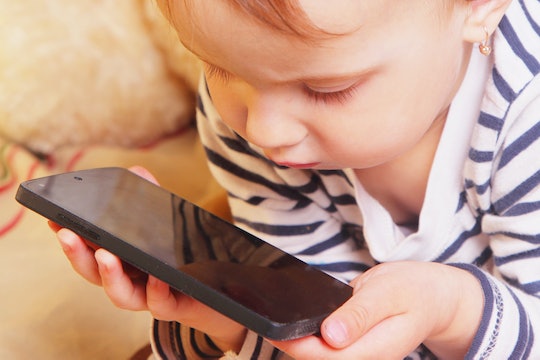 When Do You Plan On Having “The Talk”? Subtract 5 Years

I sit down to my computer and reading an email that I feel like I have gotten a dozen times as a sex educator and relationship coach. A mom has received an email from her child’s principal informing her that one of the other children showed her 7-year-old daughter a picture of a naked woman on her iPad. The mother talked with her child about the incident and found out that the woman in the picture on the iPad wasn’t only naked but she also had two penises in her mouth. The incident had not only hastened a talk about sex, but proven that in an age in which many children will learn about sex from porn, "the talk" needs to address both.

The mother was at a loss, with no context for how to discuss what her daughter had seen.

The mother told me, “I'm sick that this is her first reference to sex and sexuality. I just don't know how her 7-year-old mind will process it.”

This mother’s concern is a common one. Our society has a really difficult time talking to our kids about sex. Parents feel confused about when to have the “sex talk” and often wait until kids have already been exposed to ideas and possibly sexual images through peers. Mothers and sexual educators like myself argue that the talk in fact needs to be a conversation that starts young.

Researchers and educators are working to counter that knowledge gap with age-appropriate educational materials. AMAZE is a new web series aimed at tweens, and addressing topics like "healthy relationships" and "puberty" that can help build an understanding of the broader conversation around sex.

So how do kids navigate around this material and how do we find ways to talk with our kids about sex?

One excellent resource for early sex talks with our children is Cory Silverberg’s Sex is a Funny Word (a sequel of sorts to What Makes a Baby), which provides accessible language, humor, and speaks about sex and gender with out overly defining sex — because, well, sex is many things to many people.

This doesn’t mean overwhelming our children with more information than they are asking for, but empowering them with language around their bodies, knowledge about consent and how to negotiate touch with friends (asking our friends if you can give them a hug or a kiss or a high-five), practicing saying "no" or "stop" to touch that they don’t want (like, yes, tickling).

If your child sees a pornographic image and you have a relationship built on trust in which you can talk about bodies and in which bodies are not shamed, your child will likely talk to you about it and ask you questions.

If you aren’t ready to talk about it or you are caught off guard it is always OK to say, “That is a really important question. Can we talk about that tonight when we get home? I want to hear more about this. I’m super curious."

From there you can ask questions like “What was in the image?” “How did this make your child feel?”

The other conversation is about sex. “Grown-ups like to engage in touch and pleasure that feels good to grown-up bodies and grown-up minds and emotions. Kids have different ways they share affection that work for your bodies and brains like high fives, fist bumps, hugs, kisses.”

What are some ways that you could ask your friend if they would like a hug or to receive affection and touch from you?

Remember sometimes folks won’t want a hug or kiss or even a fist bump. Sometimes you won't want touch too and it’s always OK to say No thanks, I don’t feel like touch right now. Your body is your body and your words matter.

I gaze at my computer screen, at a mother's email and plea for help. She's reaching out for words, for support, for a way to break the cycle of burying experiences like this in shameful silence. She is taking that first step of seeking knowledge and admitting we are out of our comfort zone. It's a scary place to be, but I believe that through unbiased education, active and non-judgmental listening, and not being afraid to have these difficult conversations that we can shift how our culture talks about and perceives sex and pornography.