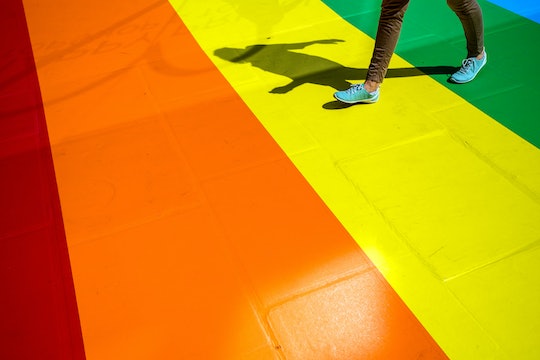 This State Just Joined The Ban Against Conversion Therapy

Conversion therapy still exists. This, to me, is utterly mind boggling. That there are still people in this world who believe that people in the LGBTQ community can (or need) to be converted feels like an impossibility. And yet it is still legal in many states. Fortunately and finally, it looks like the state of New York will no longer be one of them. New York is set to ban conversion therapy, according to The Daily Beast, and it's honestly about time.

For those of you who might not have heard of conversion therapy, it's the practice of trying to convert someone in the LGBTQ community to being heterosexual through psychological and spiritual therapies. These "therapies," all of which have been condemned by the American Psychiatric Association, once included chemical castration with hormonal treatment, aversion therapy, shock treatment, and nausea-inducing drugs prior to 1981. Since then, these ineffectual "treatments" have been limited to aggressive counseling, both individual and group, and intensive prayer. As though being different were something that needed to be cured in the first place. As of today, only 15 states have banned the use of conversion therapy, as well as the District of Columbia, with LGBTQ minors. While this number seems to be shockingly low (I mean, how could any state still allow conversion therapy?), at least it's good to know that New York state is finally jumping on board.

On Tuesday, the state legislature passed the Gender Expression Non-Discrimination Act, which bans the use of conversion therapy on minors, with a 57-4 vote in the State Senate and a 143-3 vote in the State Assembly. New York Gov. Andrew Cuomo is expected to sign the measure into law later this week. The bill will hold practitioners accountable for practicing conversion therapy by subjecting them to discipline within their licensing entity; as Jezebel notes, this does still leave the door open for informal counseling, unfortunately. Still, the bill does provide clear language about discrimination based on sexual orientation, as per The Gothamist:

Being lesbian, gay, bisexual, or transgender is not a disease, disorder, illness, deficiency, or shortcoming. The major professional associations of mental health practitioners and researchers in the United States have recognized this fact for nearly 40 years.

I'm happy to report that the internet, frequently a cold and lonely place, appears to be celebrating this new move by the government of New York. Beginning with Chelsea Clinton, who tweeted her support of this new measure on Wednesday.

This new bill should absolutely be celebrated, especially for the young people living in New York who will now be protected from the potentially damaging effect of conversion therapy. But at the same time, this news gives me pause. It makes me think about the other 35 states who have yet to ban conversion therapy. It makes me think about the kids who are out there who might be subjected to this so-called "therapy" that is no therapy at all. To someone telling them they need to be changed or fixed or corrected.

It's nice to know something has been done. But still... the fight to rid society of conversion therapy is still just beginning.

If you or someone you know is struggling with sexual preference or identity, call the Trevor Lifeline at 1-866-488-7386. The hotline is free and available 24/7.