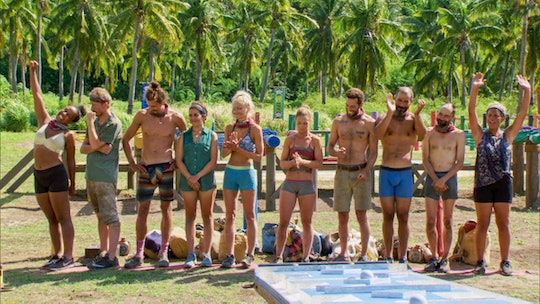 Players From 'Survivor' Season 40 Could Be Former Fan Favorites

When it comes to reality shows on CBS, you can always count on a new season of Survivor to premiere just when you find yourself itching for another season of new castaways. But the Survivor Season 40 cast could be unlike any other cast the show has seen before. Inside Survivor reported the rumored cast will consist of all former Survivor winners. So unless they each bring their A-game this season, they could be in for a rude awakening.

Although in the past, host and producer Jeff Probst has been notoriously against an all winners season, it looks like he might have had a change of heart in supporting one for the monumental upcoming season. Survivor has been on air for almost 20 years and this marks the fortieth season of warring contestants, unbearable island conditions, and competitions which continuously test players' physical and mental capacities.

If Inside Survivor's rumored cast list is accurate, then this could be one of the most difficult seasons yet. Maybe Probst saw the value in making Season 40 memorable with a cast of 20 returning players to figure out who can outwit, outlast, and outplay the best of them.

As with most reality competitions shows that keep the same cast of players all season, the goal on Survivor is to narrow the list down week by week to determine who is the strongest player. The past 38 seasons of Survivor accomplished this with each passing season and Season 39, which premieres on Sept. 25, is expected to do the same. If the Season 40 cast is going to be made up of all former winners, who broke their backs to win against other players, then this is basically a battle royale they have never been in before and they all need to ready themselves for.

Although Probst may have been initially opposed to the idea, having a cast of returning champions seems to be what fans want and have asked him about for years. This time around, they could get just that. Although CBS hasn't announced the official Survivor Season 40 cast yet, if Inside Survivor is correct, then the stakes are going to be wildly higher than usual. Some of the past Survivor winners made their mark on the show and on fans who still remember them fondly.

Richard Hatch walked away from Survivor Season 1 as the show's first ever winner and he arguably set the bar high for future winners. He went into the show without knowing what to expect and he played a game which enabled him to always be ahead of his opponents without even knowing the format of the game beforehand. If he doesn't return for this epic season, it will be a surprise.

There's also Sandra Diaz-Twine. She won Season 7 and 20. If Season 40 is supposed to be a battle of the former winners, she seems like an obvious choice and a callback for dedicated fans who watched her win both seasons.

Survivor Season 40 also wouldn't be the same as an all winners season without Todd Herzog. He won Season 15 and gave a memorable final tribal council speech that left a lasting impression on Survivor fans. Plus, he said in a 2018 Reddit AMA discussion that he would be down to compete in an all winners season. He was basically asking for it and fans seemed to want to watch him play to win again.

It's hard to say who will be in the Survivor Season 40 cast since CBS hasn't made an official announcement yet. But if the rumors are true and fans are in for a showdown of former winners, then I think it would be the perfect way to celebrate 20 years of Survivor.

Survivor airs on Wednesdays at 8 p.m. ET on CBS.