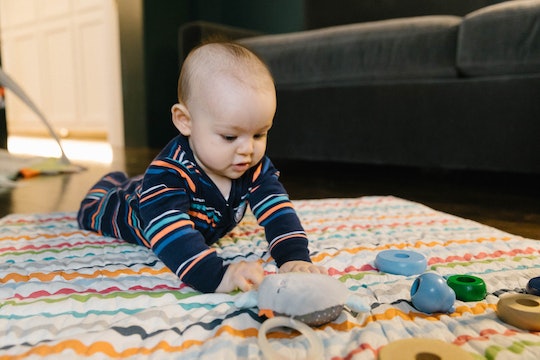 Every year, the Social Security Administration (SSA) gathers the names of the country's newborn babies to compile their top 10 list, and every year, I'm thrilled. It's like the Oscars of onomastics — the scholarly study of names, which, nerdily, I'm totally into. But I defy anyone to read the top baby names of the year, released by the SSA earlier today, and not dream of future babies and what you'd name them. It's one pastime that never gets old.

This year, Emma and Liam took gold as the most popular baby names. Emma seems to have a death-grip on that top slot — this is the fourth year in a row she's been voted the most popular name in the U.S., according to The Associated Press. In 2017, boy's name Noah fell from first to second place, making way for champion Liam.

In other name-based news, Michael dropped from the top 10 for the first time since the Second World War, reported The Mercury News, and so did Emily, a girl's mainstay since 1990. And Evelyn is the surprising, vaguely-Victorian sounding newcomer. According to the SSA, it's the first time Evelyn has appeared in the top 10 since 1915. Get it, girl.

If you're looking for more ways to procrastinate, be sure to check out some of the SSA's other amazing lists. They track popular names by state and decade, and you can look up any baby name to see where it ranks, and how its popularity has risen or fallen over time.