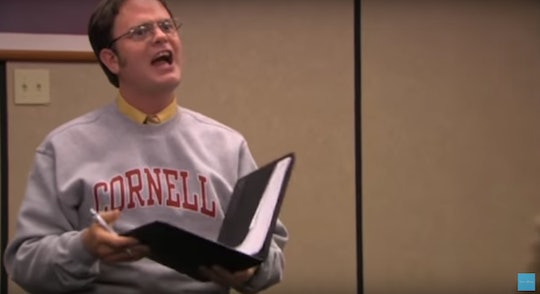 Name-Brand Colleges Are A Scam

Somewhere in my mess of a basement that I haven’t yet Konmaried sit two diplomas that I earned. Two college degrees from two very different colleges. The first is my undergraduate degree from a private, competitive liberal arts college — what you'd call a "good school" — that is currently running around $33,000 per year for tuition. The second is a Master’s degree from a local state school that costs a current student about $9,000 per year, and a bit less for me at the time.

The price tag of a college education in the U.S. has risen dramatically in every sector according to Forbes, leaving many to question the value of these elite, expensive, private or big-ten public university degrees, even as we fret about opening 529 accounts for our toddlers.

Are they even necessary?

As the scandal of the week hit the newsfeeds, privileged celebrities such as Lori Loughlin and Felicity Huffman were charged among dozens of other wealthy families with committing felonies to ensure their children got into highly competitive colleges, as reported on by ABC News. These parents — already raising their children in immense wealth and privilege — decided to skip the normal application processes and instead buy and bully their way into the college of their choice. While to some degree this isn’t new — legacy admissions and college entrance coaches have always been a thing — this scandal does kick things up a proverbial notch. Faking disabilities for extended test time, entrance exam proctors bribed to change test answers, and photoshopped photos depicting applicants playing sports they don’t even do —its all a bit much.

What people are really paying for — sometimes even scheming for, lying for, and bribing for — are the connections and 'wow factor.'

With the changing face of education in the U.S., and so many routes to success such as accredited online colleges or trade schools, the cost and competitiveness of these name-brand colleges is really nothing more than a clever PR scam — a pointless reason to fret about which preschool and elementary school and high school our kids attend.

The professors at Harvard or Yale are not necessarily better nor the coursework even more rigorous. A CBS series on best and worst college professors found all of the Ivy League did not even rank near the top of the list. What people are really paying for — sometimes even scheming for, lying for, and bribing for — are the connections and “wow factor” that name-dropping that Big Name Brand College affords them. Just letting slip that you went to Penn State, Cornell, Columbia or Northwestern can be enough to get an on-the-spot job offer without any concern for how you actually performed at said school.

The top financial firms recruit at these schools as well, increasing the chance of the (already mostly wealthy and privileged) students entering jobs that wield money and power in this country. This scandal highlights what many have been saying for years — that America really is not a meritocracy, and is run by the wealthiest elite at the top of the pyramid. Certainly there are some students that get into these top schools based on their merit and hard work, but there are just as many who don’t get a spot because someone with a legacy admission or fancy entrance coach bumped them out.

Abby is staying mad about “affirmative action,” but perhaps she should have directed her anger at those who used money and family connections to take the University of Texas spot she felt entitled to.

As the gap between the wealthiest Americans and the rest of us grows, those of us locked out of the top tier can choose to just not give a damn about those Name Brand Colleges. Just like we can choose to feel fabulous in our Target outfit, we can choose to ignore the hype. We can tell our kids that a label doesn’t say anything about how smart or capable you are, as Yashar Ali points out.

Those of us with state school or small liberal arts degrees, career and technical education certificates, or valuable trade apprenticeships can hold each other up, network for each other, and cheer each other on.

It will take a cultural shift, because most of us have been conditioned to drop our jaw when someone mentioned they went to Harvard, but it can be done. We can leave America’s aristocracy to their own mess and not give them the attention and claps they are seeking.