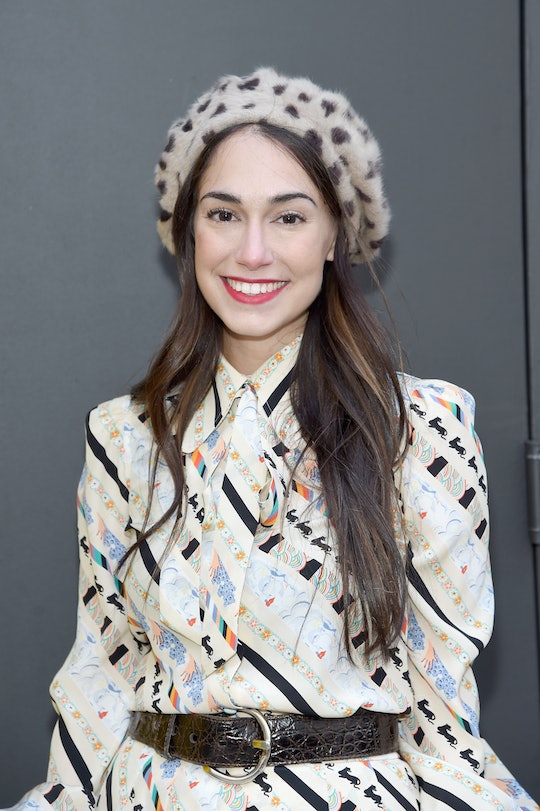 Finally, A Visibly Pregnant Woman Is On The Cover Of A Business Magazine

The media has a knack for portraying pregnancy through a very small lens, with many business-oriented magazines glossing over pregnant people altogether. Or it's rare to see a cover that doesn't make the bump the entire focus, failing to see the person behind the pregnancy. This is why seeing The Wing CEO Audrey Gelman on the cover of Inc. magazine visibly pregnant is so gratifying. Not only is she the first visibly pregnant CEO to be on the cover of a business magazine, but it beautifully captures Gelman's essence as a professional woman.

Gelman is the co-founder of the massively popular New York-based company The Wing. This is a women's co-working space that has drawn praise as being part networking and part social club, offering women a chance to work in a collaborative space with fellow female entrepreneurs, according to its website.

The Wing was founded in 2016 and has become a popular spot for women to connect, commune, and share ideas, so it's no great surprise Gelman would be featured on the cover of business magazine Inc's female founders issue for the month of October. As for the real surprise? if you can believe it, she just made history as the very first visibly pregnant CEO to do so. Um, why did it take so long?

Gelman, who is due to give birth to her first child at the end of this year, realizes the significance of featuring her bump on the cover of a business magazine. And hopefully, this photo will go a long way to dispel the old either/or trope, that women are somehow either maternal or ambitious, but never both. Because this is a big problem — a 2017 survey by Pew Research Center found, for instance, that women with children under the age of 18 were less likely to go back to work than they were in 2000, which feels like a major step in the wrong direction.

Inspiring women to follow their dreams — no matter what that might look like — is very important to Gelman, as she explained on Today on Wednesday: "You can't be what you can't see. My hope is that women see this and, again, feel the confidence to take greater professional risks while also not shelving their dreams of becoming a mother and starting a family."

Gelman herself struggled with this exact issue after learning earlier this year she's pregnant. She explained in her interview with Inc. that her first reaction was disbelief, stating: "I can't be pregnant, I have too much to do."

Now all these months later, Gelman is making history by being pregnant on the cover of a magazine and getting kudos from other women who understand the struggle to be seen as both a mother and a passionate career woman. Like former Democratic presidential nominee Hilary Clinton, for instance, who shared Inc.'s cover on her Twitter feed.

Clinton shared a message of congratulations to Gelman in the caption, which is pretty cool since The Wing CEO worked on her 2008 campaign for president. "@AudreyGelman of @The.Wing just became the first visibly pregnant CEO to be on the cover of a business magazine," she wrote. "We shouldn't have had to wait until 2019 for this first, but I'm glad we're here. Go, Audrey, go!"

No woman should be expected to choose between motherhood and her career. So let's stop making that a thing now, okay? And congrats to Gelman on her incredible cover!