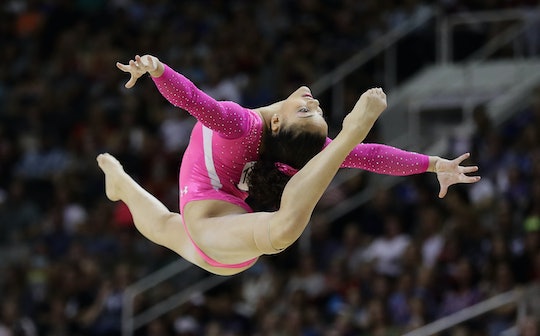 The Youngest Olympic Gymnasts Show Why Kids Shouldn't Be Underestimated

Just two months after her 16th birthday, gymnast Laurie Hernandez will be competing in the Rio Olympics as a part of Team USA. It seems incredible that someone who isn't even old enough to drive a car is eligible for the world's highest level of athletic competition, but youth is an asset in gymnastics, and the youngest Olympic gymnasts are an inspiration to children, proving that kids can do just about anything if they work hard enough (except drive a car).

Professional gymnasts are traditionally very young, and in fact USA Gymnastics recommends starting kids in classes as young as 20 months. The oldest member of Team USA this year, Aly Raisman, is only 22 years old, still practically a kid herself. But according to the University of Minnesota, 16 is actually the average age for U.S. women's gymnastics Olympians. The fact is that gymnasts often train up to 30 hours a week, according to Ontario's Globe and Mail, and the older an athlete is, the more taxing that training is on their body. Today's gymnasts are actually older than they used to be; the International Federation of Gymnastics didn't impose the age limit of 16 until 1997. As such, there have been a lot of very young competitors over the years.